The group started out the day in Norfolk, NE with some breakfast. The groups target was Des Moines, IA with a 100 percent chance of seeing tornadoes. The group went to the IMAX Film Called “Tornado Alley” by Sean Casey at the Science Center of Iowa. This film discusses the use of the Tornado Intercept Vehicle seen on the Discovery Channels show Storm Chasers. This vehicle was constructed to take a direct impact from a tornado. This IMAX film had some great video of storms seen during multiple seasons of storm chasing. This film also depicted the Vortex 2 project. This project is the largest tornado research project ever done. The group got to witness how difficult it is to manage a project of its size and some of the trying times the TIV went through to obtain the shot of a tornado coming toward and striking their vehicle. This film also taught the public briefly about how tornadoes are formed. The best part of the movie was getting to see time lapse video of multiple storms rolling across the plains. The class also saw shelf clouds, mammatus clouds, funnel clouds, wall clouds, and tornadoes. This was a great way for the group to wrap up a successful trip on the plains. The group left Hanibal, MO at 8 AM headed home.

Photos from the day: 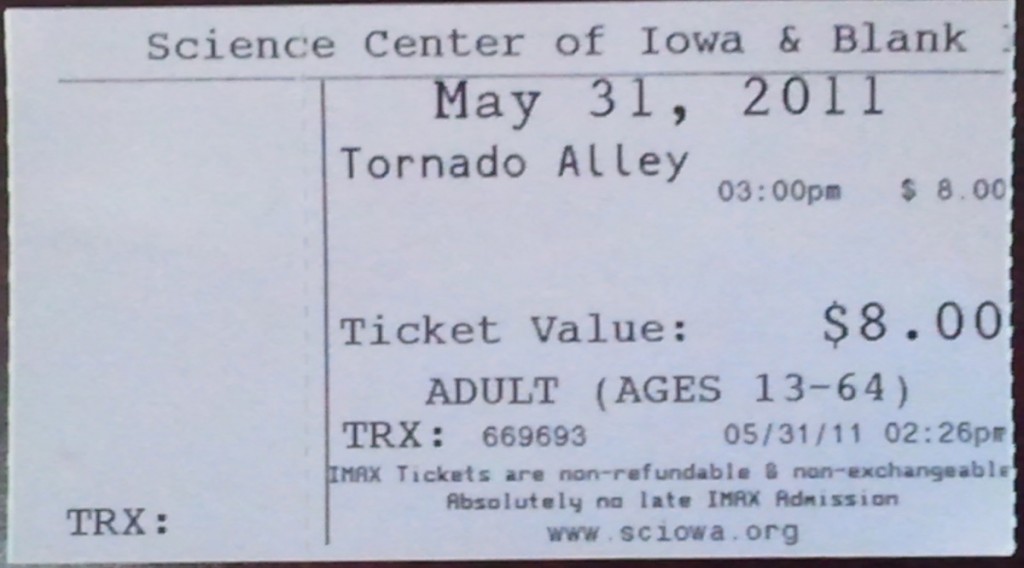 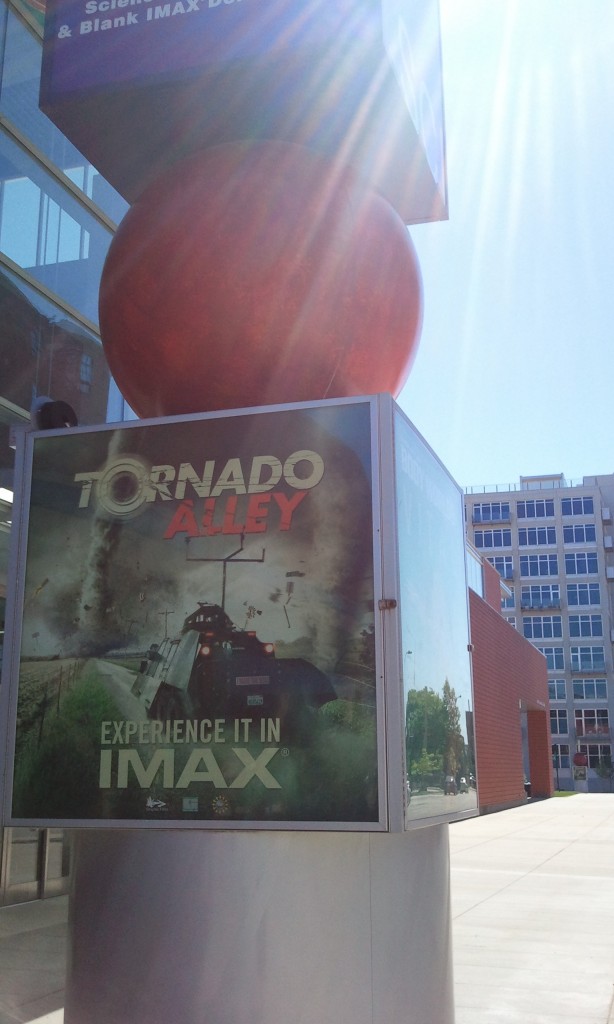 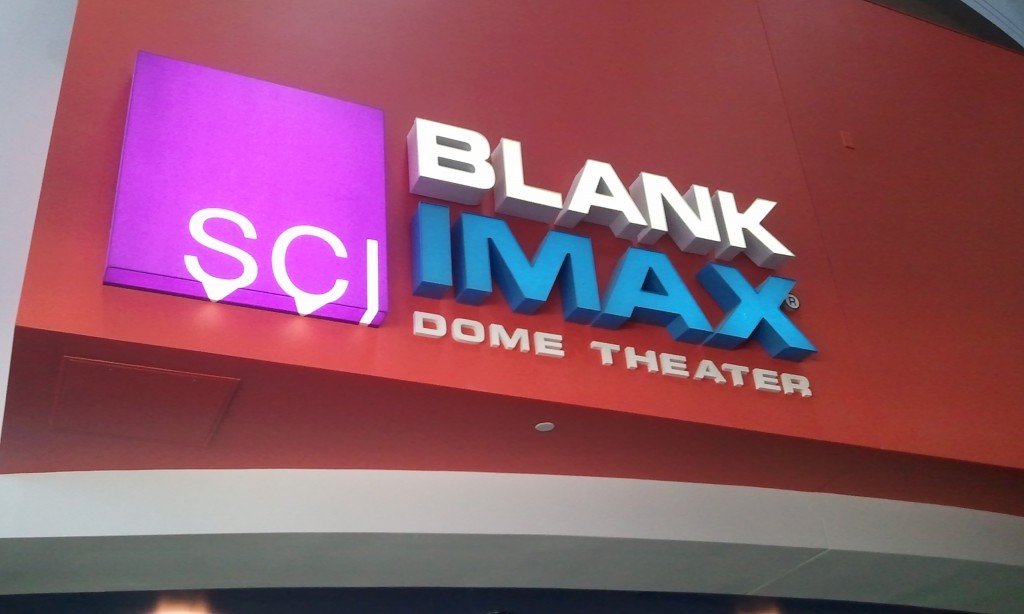 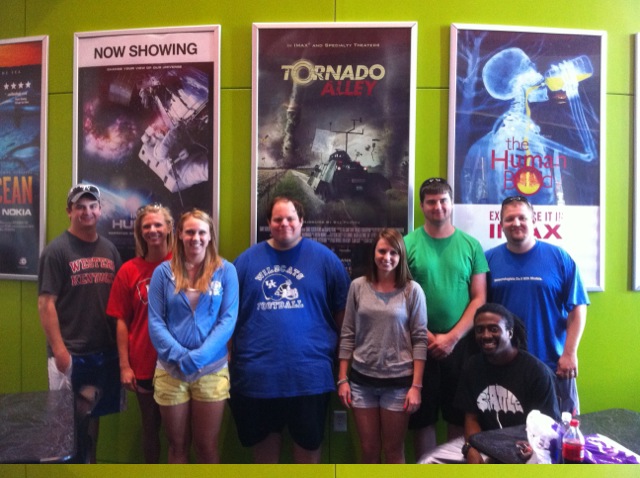