We start one week ago yesterday (May 21st),  their second day out covering storms,  we had our own event here in Kentucky. Enough instability more than what was predicted  allowed  thunderstorms to develop along a week warm front and a cold front further west. These storms  developed into supercells near the warm front positioned over the bluegrass by Friday evening. These supercells were scattered but produced hail to the size of golfballs, numerous reports of wall clouds and also had multiple signs of rotation on radar prompting several tornado warnings. Along the cold front a squall line of thunderstorms developed from Bowling Green to Louisville with gusty winds from 35-65 mph in most cases, there was one tornado touchdown near Elizabethtown. Kentucky had them beat for now in terms of severe weather, this would not last long similar to any lead any 16 seed gets in a ncaa tourney game.

Later that day they our storm team in the plains caught up with a supercell near the WY/NE border and tracked this storm for several hours that did produce a tornado which was missed but they saw some funnel clouds and wall clouds. The next day several tornadoes were observed as they tracked a storm from the inital formation. In order to do this the forecast thinking for the day had to be dead on with where storms would develop and this was the case. Here is there forecast map for May 22nd. 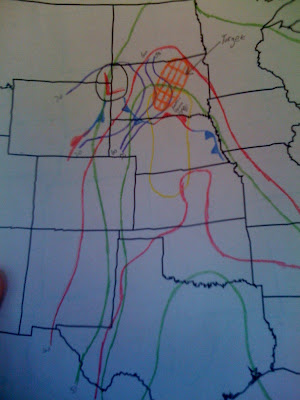 Cape which is an indicator of atmospheric instability was over 5000 J/KG so the storms that fired had the potential to be explosive. After the formation of the storm they set-up just southeast of the hook where tornadoes most often occur with supercells.

radar of the storm 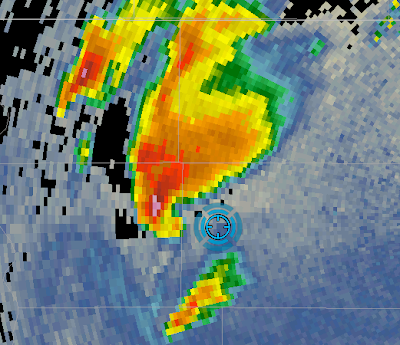 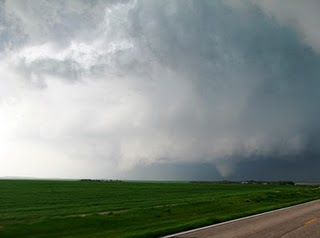 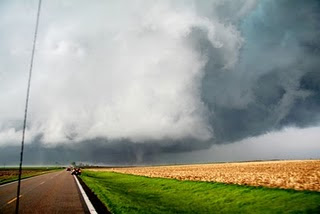 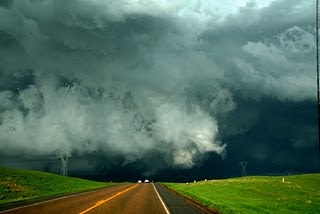 sky is getting a little dark on the last one, wow!

On May 23rd the group went south where more severe storms were expected. The first cell they tracked two cells, the first they were able to capture the classic structure of this storm. The second storm they set-up about 15 miles away and saw another tornado. 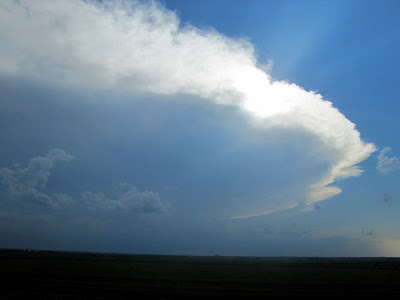 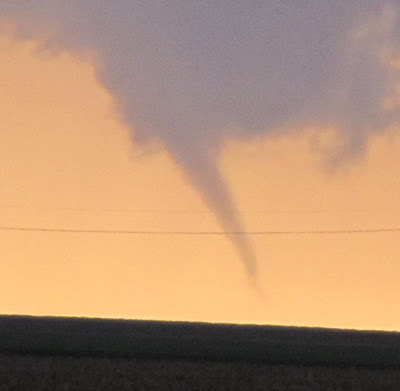 On May 24th the SPC had a moderate risk for a large portion of the plains. However storms were moving very quick, to quick to track. They went back and forth between storms but were not able to really lock on to any particular storm like the previous few days but they did get to see how a squall line is structured.

May 25th was a much better day in Nebraska this time tracking a cell from 4:30 to 10:30 pm local time getting once again non the southeast side of the storm to avoid the hail core. With this storm they saw a tornado touchdown first hand and saw a total of 5 tornadoes from this storm!!! 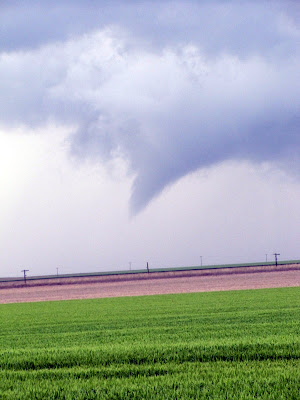 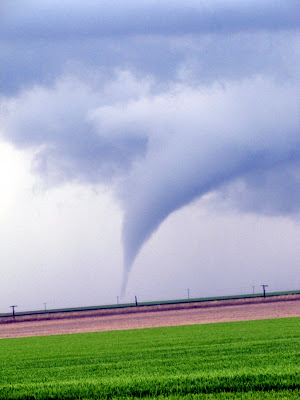 At first they were over 5 miles away but got within 2 miles of another tornado!!

On May 26th the storm team saw the same thing I did and posted that day the observation from the Denver international airport of a funnel cloud so of course that is the area they are near that day. This cell produced more funnels but no touchdowns likely due to the higher elevations and drier airmass.

The last few days have been a bust so far but I don’t think there complaining after the fast start they had. Looking back those stuck in KY as the 16 seed are now 100 points behind in that game after an interesting May 21st and I for one hope to be able to switch spots next year.

Looking at this weekend there is a slight risk of severe storms Saturday over the northern plains and Monday, memorial day in Kansas with a day 4 risk in the northern plains. For us in Kentucky we have to watch this very same front by the middle of next week to see if a mcs complex can dive southeast into the lower Ohio valley and produce severe weather around here. For this weekend weatherwise we’ll have isolated storms sat-sun then increase the coverage to scattered on memorial day as a weak cold front gets closer.

Our eyes also should be turned to tropics a bit as well with the Canadian model bringing a tropical storm into Tampa bay and taking its leftovers into eastern Kentucky for June 2nd-4th.

the gfs has this feature to some extent as well, we’ll see not biting untill the euro starts to show it as well.

– all the photos are from the wku storm group and are not mine.

link to track the group across the plains.