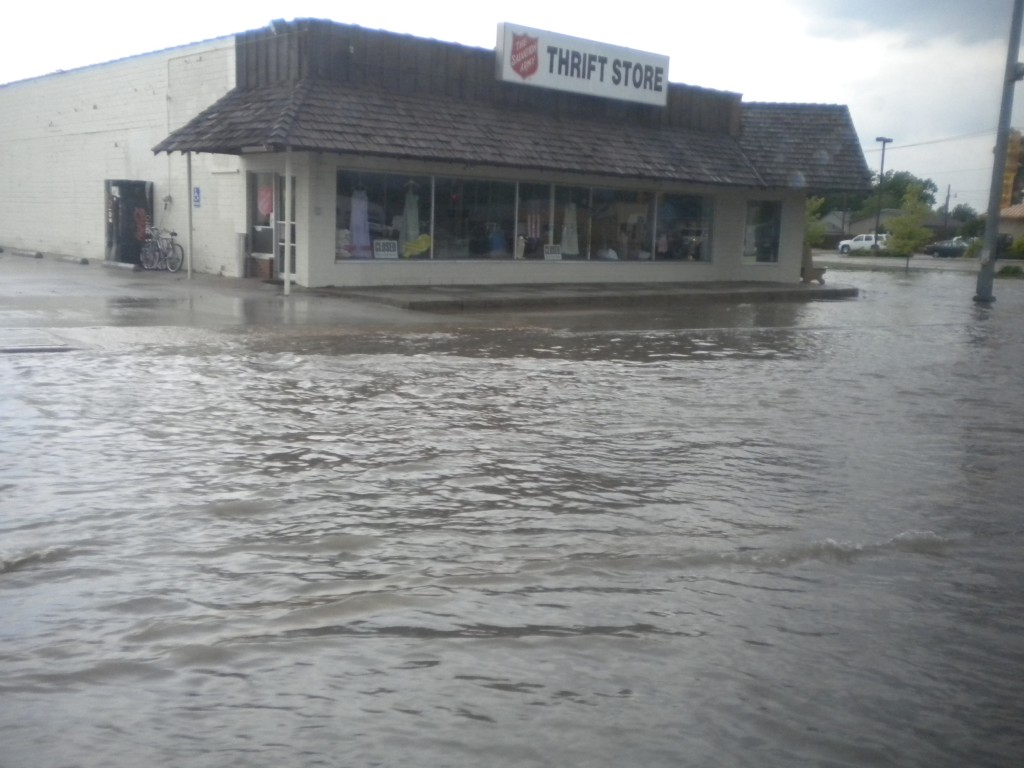 Today we left Wichita, KS towards our target a little farther west.  We traveled to Wellington, KS and waited for initiation.  The group agreed to stay around the Wichita area because we were in great position.  Many parameters were coming together, such as the amount of CAPE and helicity values.  We wanted to stay close to the surface low that was positioned in the panhandle of Oklahoma.  The dryline was positioned in that same area.  A few problems the group recognized were cloud cover and the track of the low.  The models were having problems with initiation time and the 500mb winds were backing (for convective initiation we want the winds at 500 mb to be veering).  Later, when we reflected on the day, we realized this was one of the major problems of the day.

We began heading west from Wichita and remained in the surrounding area for the most of the afternoon.  We drove through a few small towns multiple times, Great Bend, Lyons, etc. chasing the supercells that initiated today.  Throughout the day, many tornado reports popped up around the area we were chasing in.  When we drove through Great Bend, we were just south of the storm, and experienced a flash flood throughout most of the town.  In some areas, water was up to some car bumpers.  It was flowing through the streets and cars were moving slowly through the town.  Next, we entered Ellinwood, KS, where the precipitation began to pick up.  Our clear view of the supercell had now become rain wrapped and our visibility was greatly reduced.  After we drove through a heavy precipitation area and a small amount of hail, a tornado was reported with damage to a few homes behind where we had driven through.  We were not able to see anything because of the amount of precipitation.

Although we did not see any of the reported tornados around our area, we saw some great supercell structure and a few funnel clouds with decent rotation.

We ended the day taking photos of a large shelf cloud and lightning from the supercell that we had out-drove.