Our group woke up in Limon, CO with hopes of a chase day in southeastern Colorado. The outlook in that area was meager with a dominating cap (CIN) over the area preventing any convection from taking place. All other parameters, such as instability and shear were descent enough. Also the topography plays a key factor in storm development in this area due to lee cyclogenesis from the mountains. This is why we chose a target in the vicinity of Limon.  However, expectations for a storm were very low because the 700mb temperatures were at 14° C and temperatures around 17° C were advecting into the area. Temperatures of this range at the 700mb level are indicative of a very strong cap that will more than likely not be weakened enough for storm initiation. Despite the low chances of a storm, we decided to hang out in Limon long enough to see if just maybe the cap would erode away by late afternoon.

In the mean time we had a long lunch at a local restaurant called Oscar’s Bar and Grill. Then we went to a park in the area to play football. By 4:15 p.m. mountain time, the CIN was still very strong and no clouds were forming in the southeastern portion of Colorado. At this point, we decided to drive to Colby, KS in order to be in a better position for today, Sunday. No storms ever formed in southeastern Colorado area after we left.

In Colby we went to dinner at a local restaurant called Twister’s Bar and Grill. There we watched an 80’s hairband play music. They actually called all ten of us up onto the stage to sing with them! Unfortunately, none of us knew the words to the song. 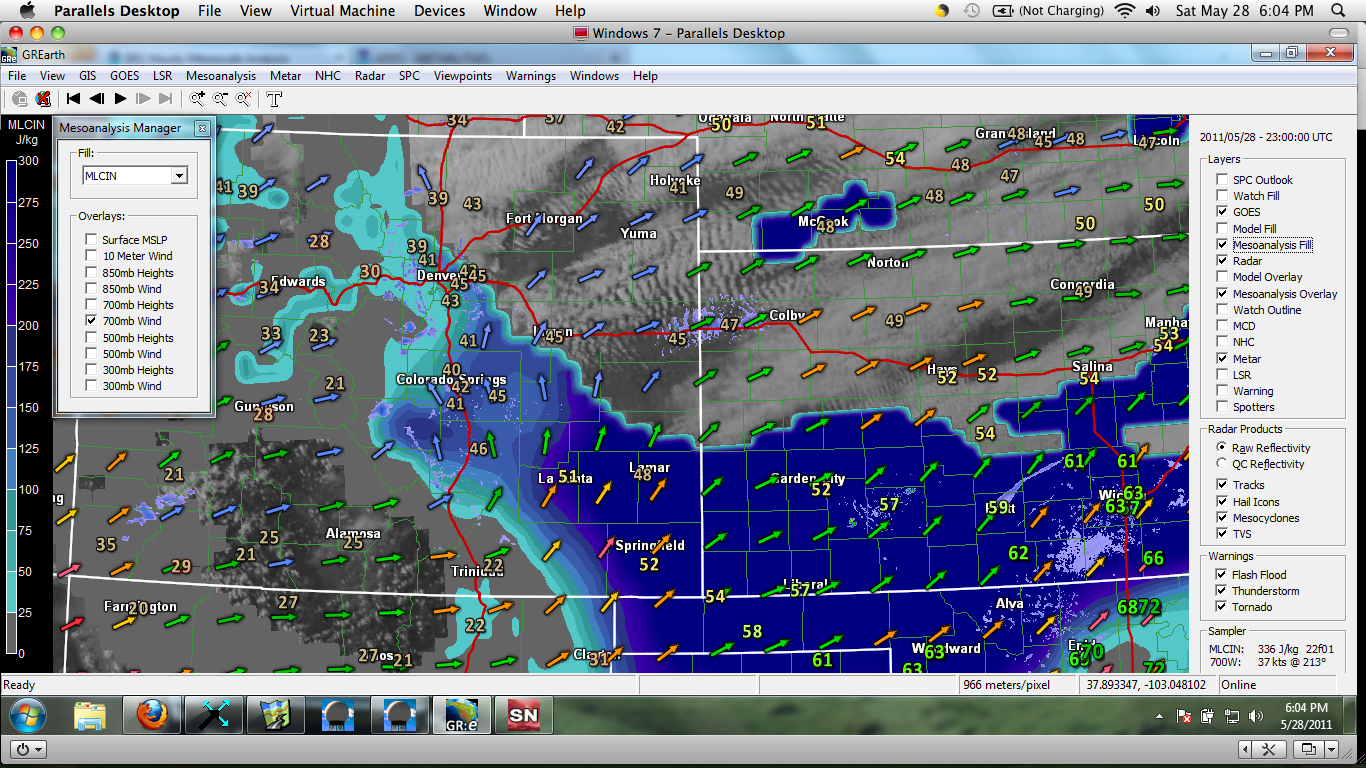 This image captured from GR Earth at 5 pm shows the 700mb winds along with CIN values of -200J/kg or more indicating a very strong cap. 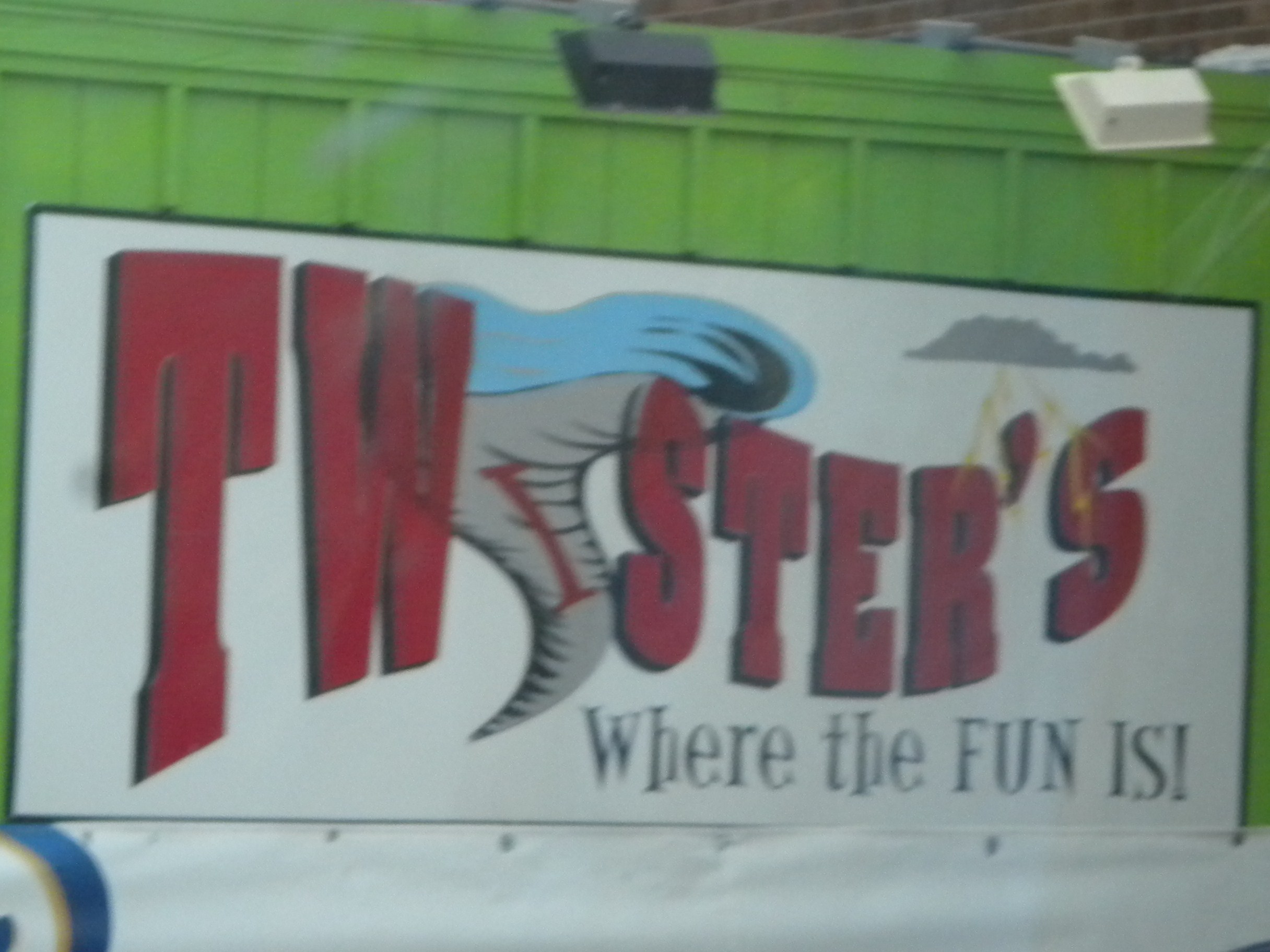