With the memory of yesterday’s strong CIN preventing thunderstorms fresh on our mind, the group was getting anxious to view storms and especially tornadoes.  After a discussion on the current atmospheric setup, a low pressure system ejecting from the four corners would continue to deepen as well as begin to push a warm front due north and a dry line to the northeast.  Lifting along the dry line was sure to develop storms, but we strongly felt that these storms would not be tornadic due to other parameters loosely coming together in that region.  Another possible target involved shifting our attention to the southeast area of Nebraska stretching to northeast Kansas.  This target area provided the most promising signs of tornadoes developing, but once again CIN was against us.  CIN is a measure of Convective Inhibition (also known as a cap) which detects how much energy a parcel needs to overcome a warm layer in the mid-levels of the atmosphere.  With strong agreement that the best chance to see tornadoes would be in the Kansas/Nebraska area, concern quickly turned to the CIN in place and if it would erode from the southwest to the northeast into the target area as models had been suggesting it would.

Measure of CAPE outlined in red and CIN shaded in blue. Target area predicts a hole in the CAP at 6:00pm

The Nebraska/Kansas target also housed the best instability for parcels to tap into, also known as CAPE.  Convective Available Potential Energy measure how much energy a parcel will have to rise before an air parcel becomes the same temperature as its surroundings; preventing further lift.  Composite reflectivity prediction by the High Resolution Rapid Refresh weather model depicted no storms in the state of Kansas, so it was not handling the current atmospheric setup well.  Tough calls had to be made.  We could either remain in central Kansas and see fairly guaranteed storms with little tornadic potential, or head to Nebraska/Kansas border, hope storms fire in forecasted weakening of the cap, then watch storms become potentially tornadic.  The reoccurring motto for the day was simple; go big or go home.  And with time running out on our quest for a beautiful tornado, the choice was simple.  We packed out bags and left from Colby KS to our target area of Beatrice NE.

Once we arrived in Beatrice we enjoyed lunch and passed time at a local park waiting for the cap to erode. 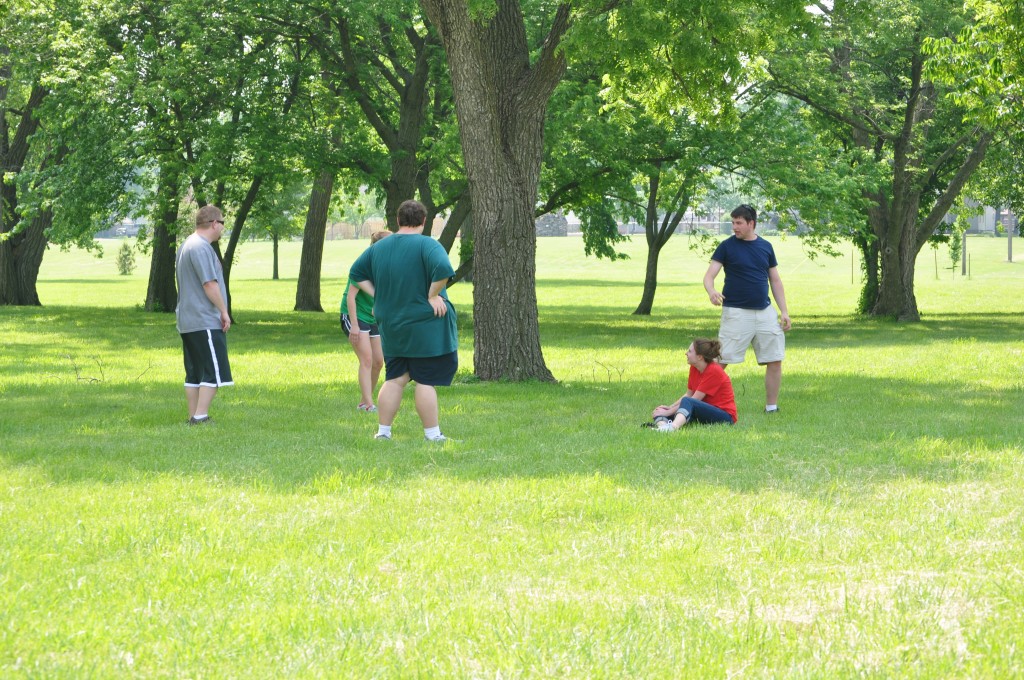 Group resting in the shade. It was greatly needed since temperatures were in the low 80's with dewpoints in the low 70's! 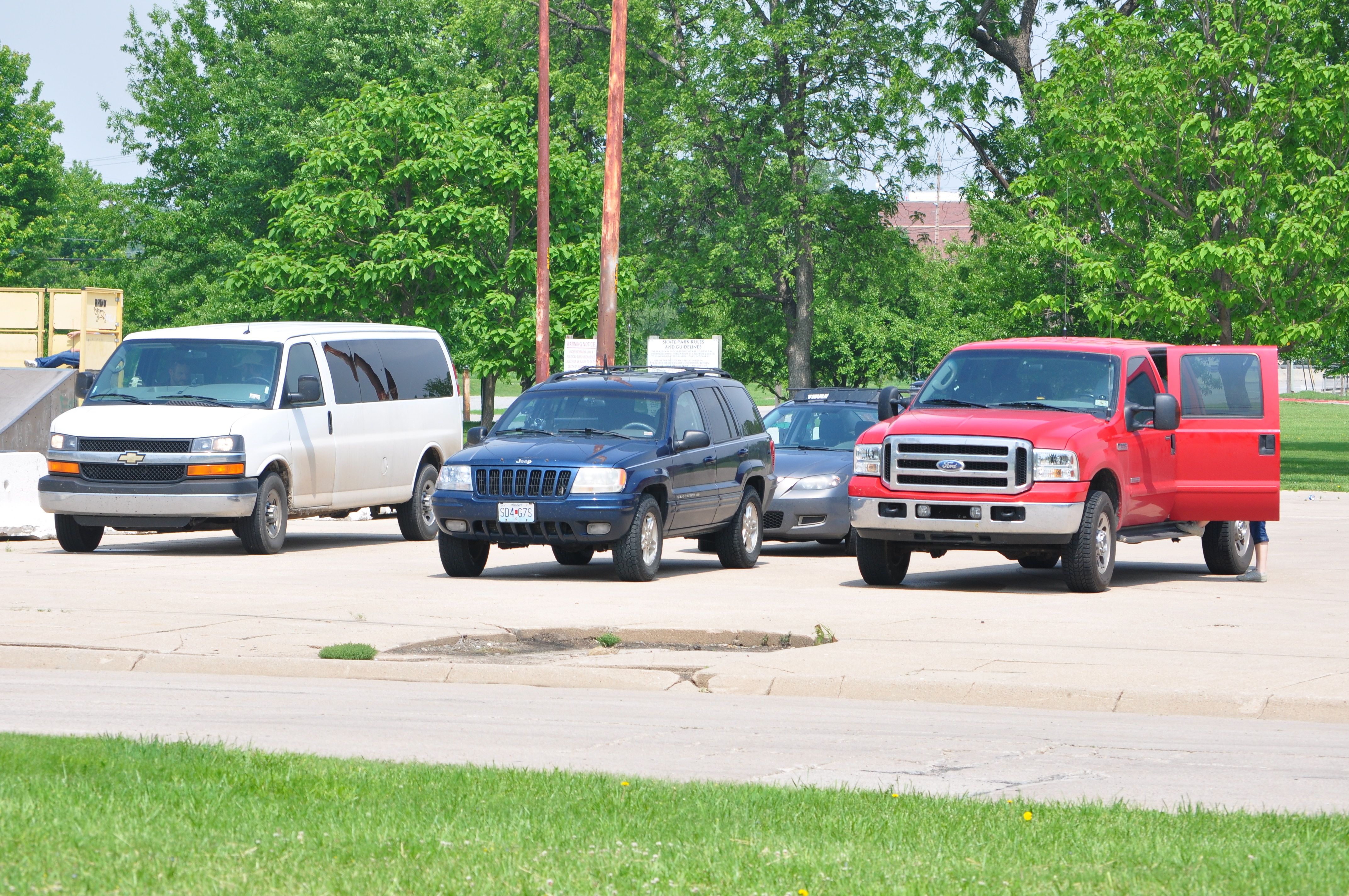 Turns out we wern't the only chasers anxious to see storms around Beatrice.

Waiting for storms to initiate can be cumbersome, so we made a few stops around town before storms finally began to fire in the region of the weakening CIN at 6:15.  With continued strengthening of the cell that developed just north of Huskerville Nebraska as well as strong shear/helicity in the region, the Storm Prediction Center accordingly released a tornado watch for our region.  It seemed everything was coming together.

We continued to watch the cell slowly move to the northeast.  First view of it showed an increasingly impressive anvil, but an updraft tower that was quite smaller than we’d like to see. 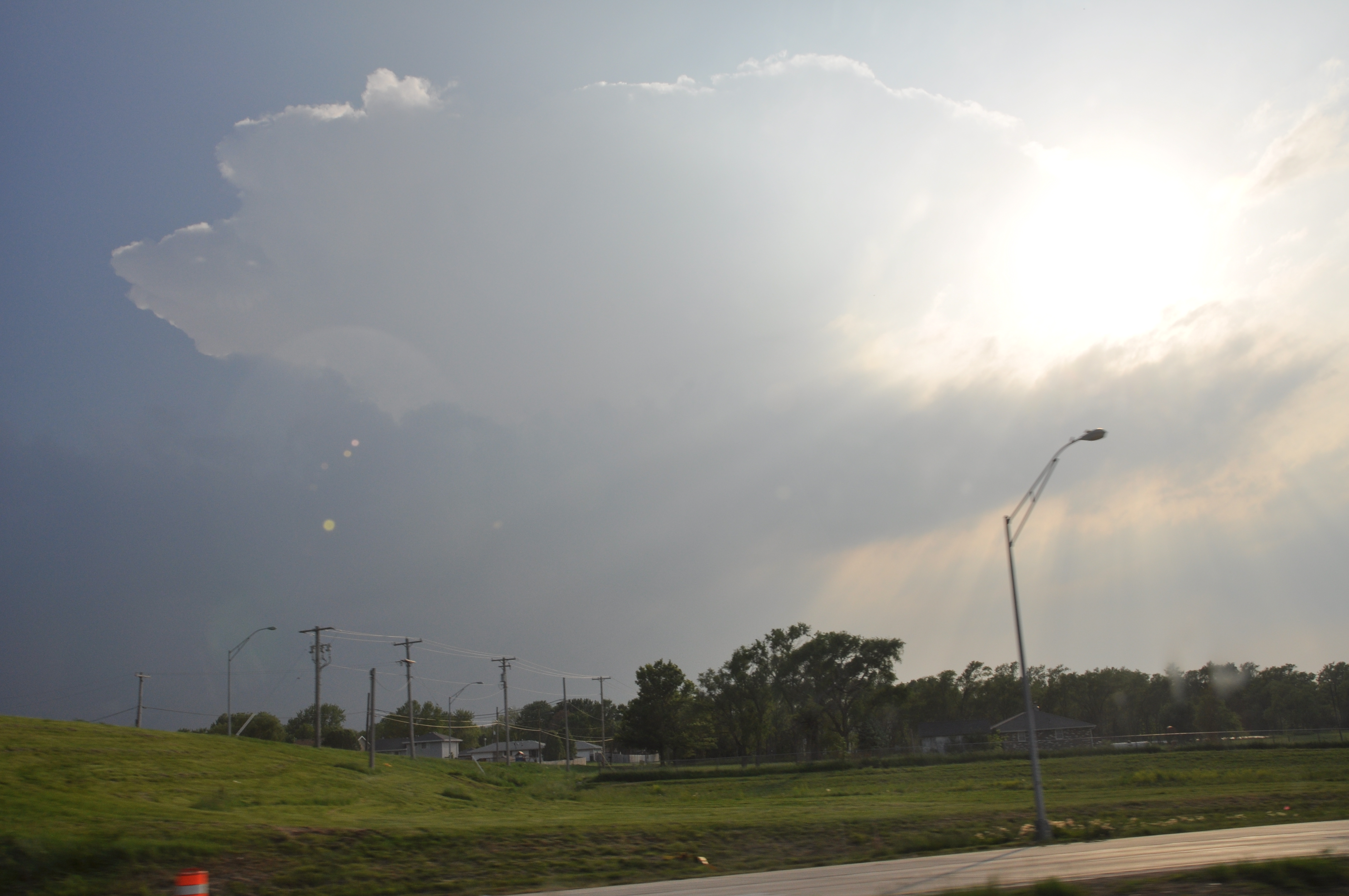 It wasn’t more than an hour before excitement turned into disappointment.  We believe that the updraft tower was too narrow to sustain itself in the highly sheared environment.  Shear refers to a changing in wind with height, and because shear was so strong around the weak updraft it was essentially twisted apart. 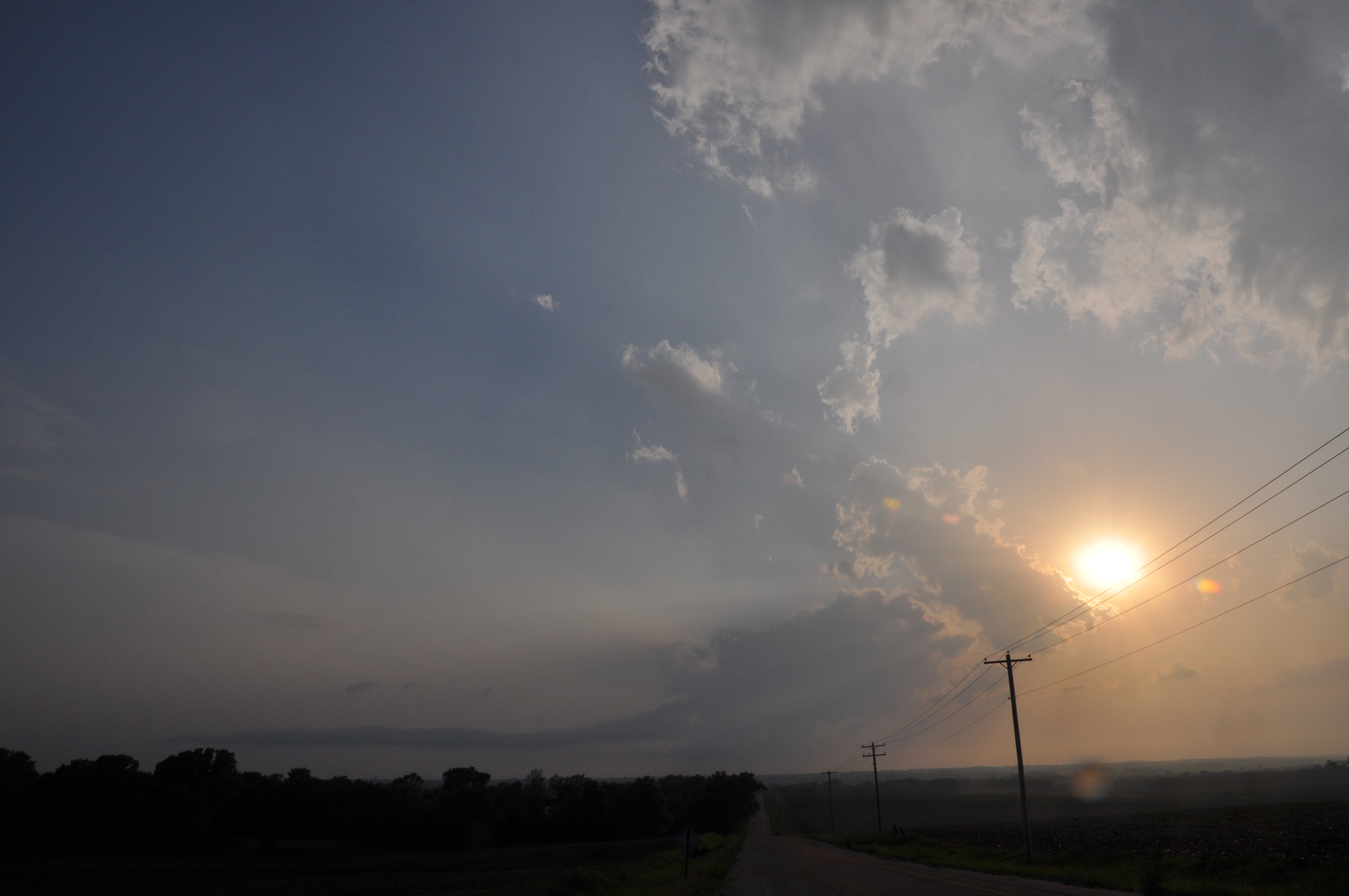 View of dying thunderstorm with the base of the storm still intact. 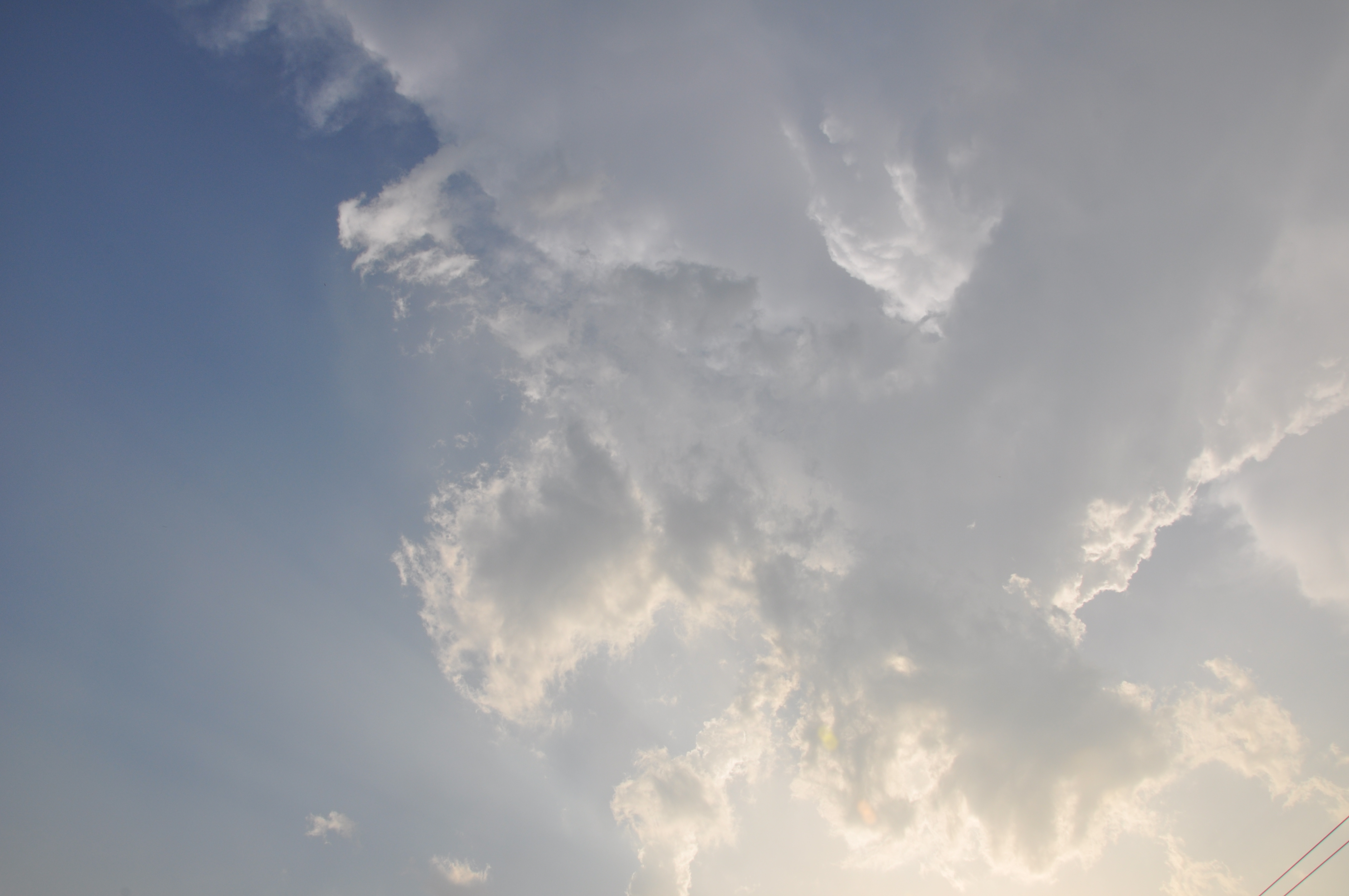 View of updraft tower twisted apart. The tilting of the updraft tower is visual confirmation of shear in the area. Anvil of thunderstorm is still present.

After abandoning the dissipating storm we headed to the University of Nebraska in Lincoln; home of the Huskees, to view their campus on the way to our hotel in Carter Lake Iowa. 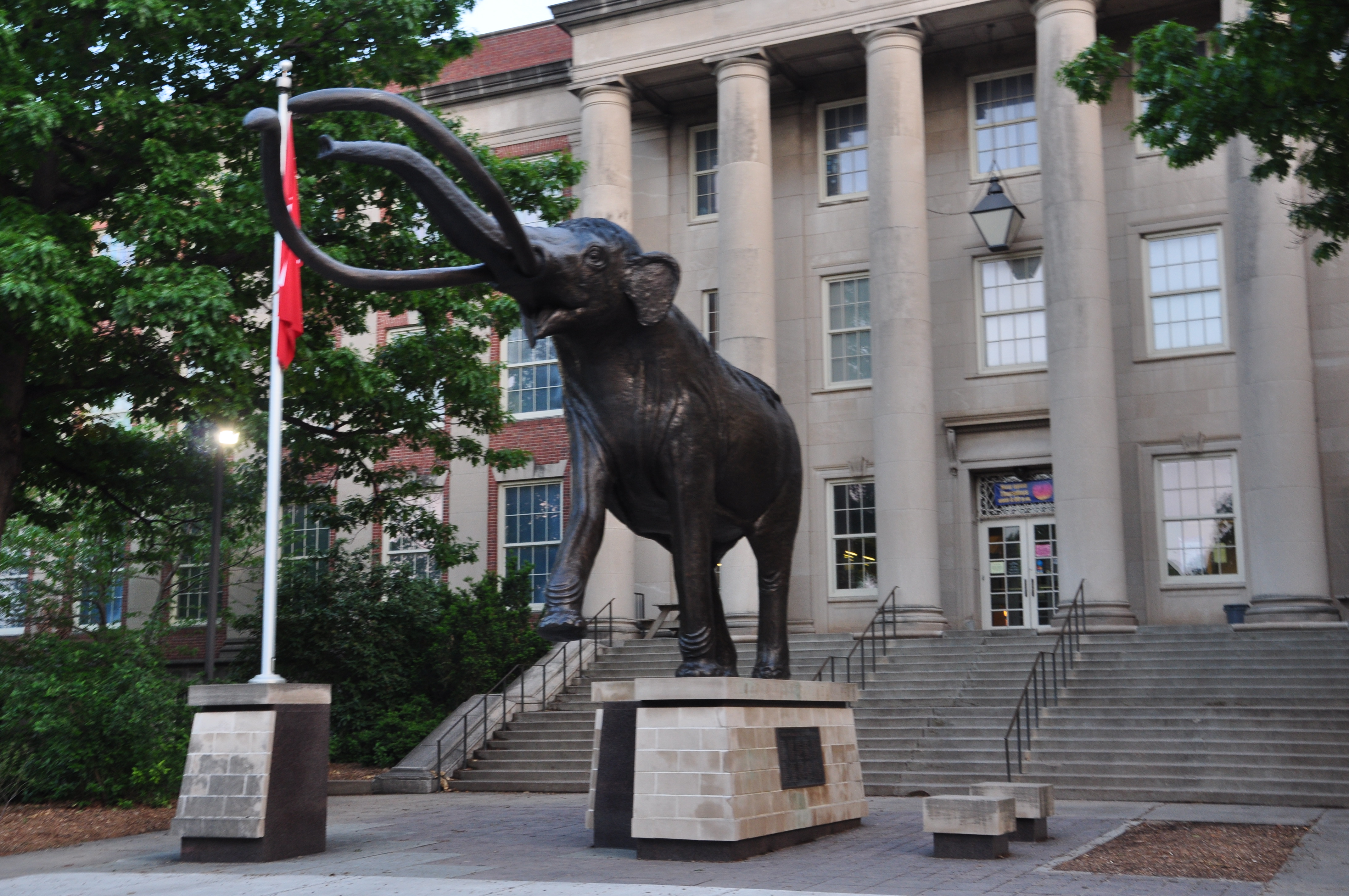 Picture from University of Nebraska campus

Always keep your eyes peeled when storm chasing.  It’s not always about the tornadoes.  While driving down the road passing time waiting for thunderstorms to initiate, a horseshoe vortex was noticed outside the driver side windows.

These vortexes are believed to develop when low level horizontal shear is lifted by thermals rising in the atmosphere bending the circulation into a horseshoe shape.  It’s not often they’re seen because of the environment they form in as well as the short longevity of their appearance.