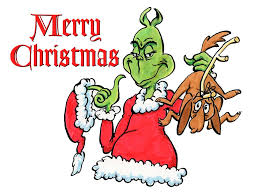 We’re continuing with a lack of cold air over the next several days. It now looks like some energy will move across the south but to progressive for a major system Christmas day. I think the ECMWF keeps to much energy trapped over the southern plains in bringing out another storm Tuesday.

-Tonight winds will still remain around 5 mph from the northwest. Clouds will be slow to clear out I suspect however the wind will limit fog overnight to a patchy nature. Some drizzle may be possible as well.  Temperatures should be steady in the low to mid 40′s Friday.

– Once again I’m going in the direction of the NAM and ECMWF for temps Saturday and away from the MEX guidance which has been to cool in recent days. Highs should be in the upper 40′s with lows near 30.  Skies will be mostly sunny.

– highs in the upper 40′s on avg. Lows should be near 30. With mostly sunny skies Christmas day.

Update- System looks to stay over the southern plains instead of coming out in pieces this means a dry christmas day with rain from Monday afternoon Through Tuesday. For snow St.Louis to Indy may see a few inches with colder air coming into the system Tuesday morning.