Due to the main severe risk being too far east to chase, we left Amarillo, Texas, this morning and headed west toward Raton, New Mexico, in the hopes of chasing upslope thunderstorms. On our way out of Amarillo, we visited the famous Cadillac Ranch, where ten Cadillacs are planted at an angle in the ground.

We stopped for lunch in Dalhart, Texas, for lunch at Taco Juan’s, where their burritos are said to be “Juan in a Million.”  Continuing west, we stopped in Clayton, New Mexico, to view and tour the Capulin Volcano National Park.  This volcano is no longer active, and its last eruption was near 60,000 years ago. Dr. Durkee drove the van up the volcano, and we then got out of the van and hiked over the rim of the cinder cone volcano.  This task proved to be more daunting than originally observed, and many of us became exhausted quickly.  However, we all made it to the bottom with no injuries or sickness! 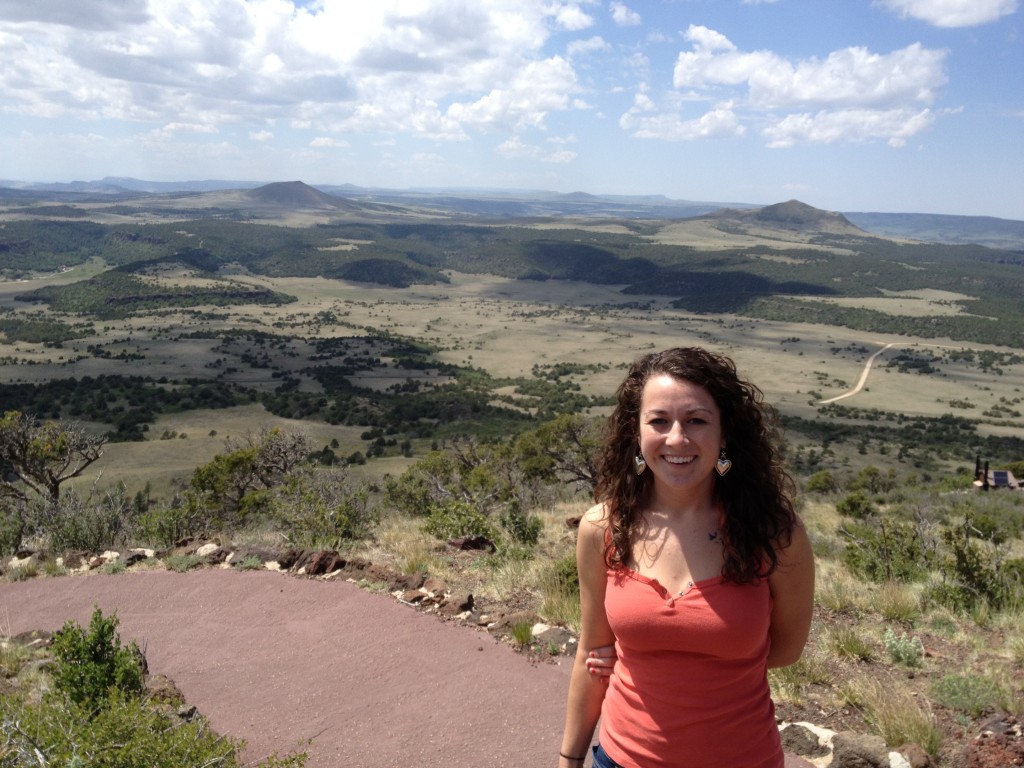 Student Chandler Santos as we scale the volcano

View from the top of the Capulin Volcano in New Mexico

We arrived at our hotel around 4:00 (Mountain Time) this evening in Raton, New Mexico.  After a exhausting day at Capulin Volcano National Park, many of us changed clothes and freshened up.  Around 7:00 (Mountain Time) we headed toward Trinidad, Colorado, to view a storm with impressive lightning. We then headed south toward Maxwell, New Mexico, in order to intercept more promising storms. Radar indicated weak rotation associated with these southern storms.  A hail report stated that quarter inch hail covered Interstate 25 up to one inch deep.  While traveling north toward Raton, we were caught in a hail shaft, but most of the hail was dime size.  We retreated south to avoid damage to the van. When we returned north toward Raton, we were caught again by larger hail, this time quarter to ping pong size.  We again headed south toward Maxwell, New Mexico, and took cover under an overpass to observe the hail and again avoid damage to the van. 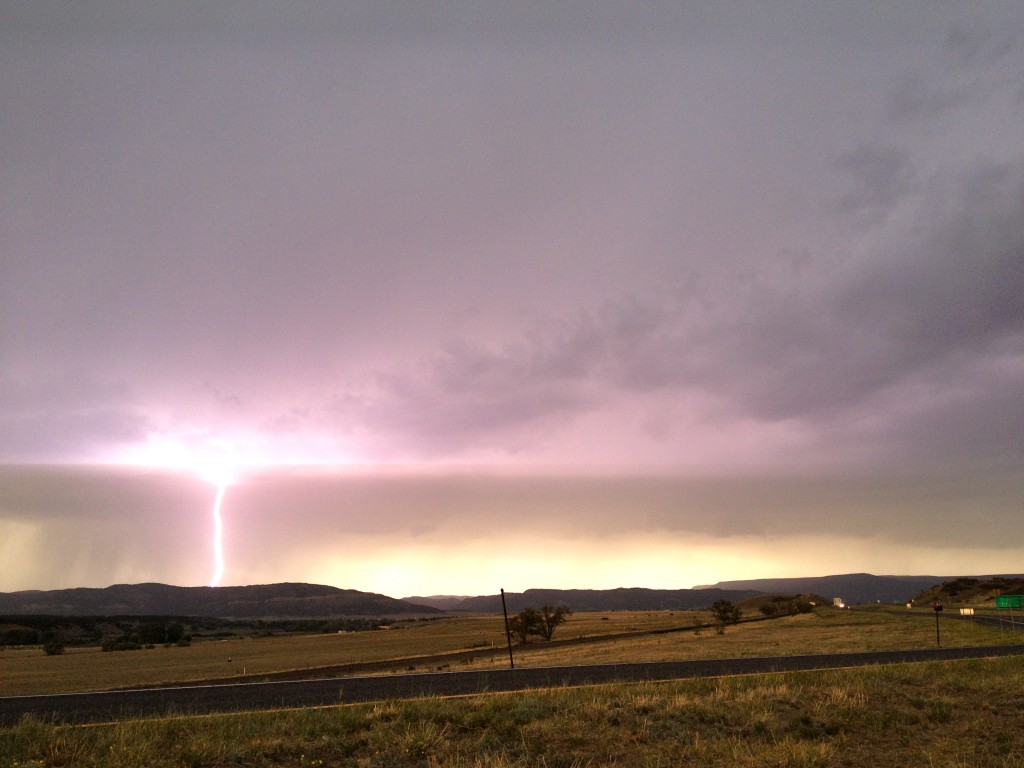 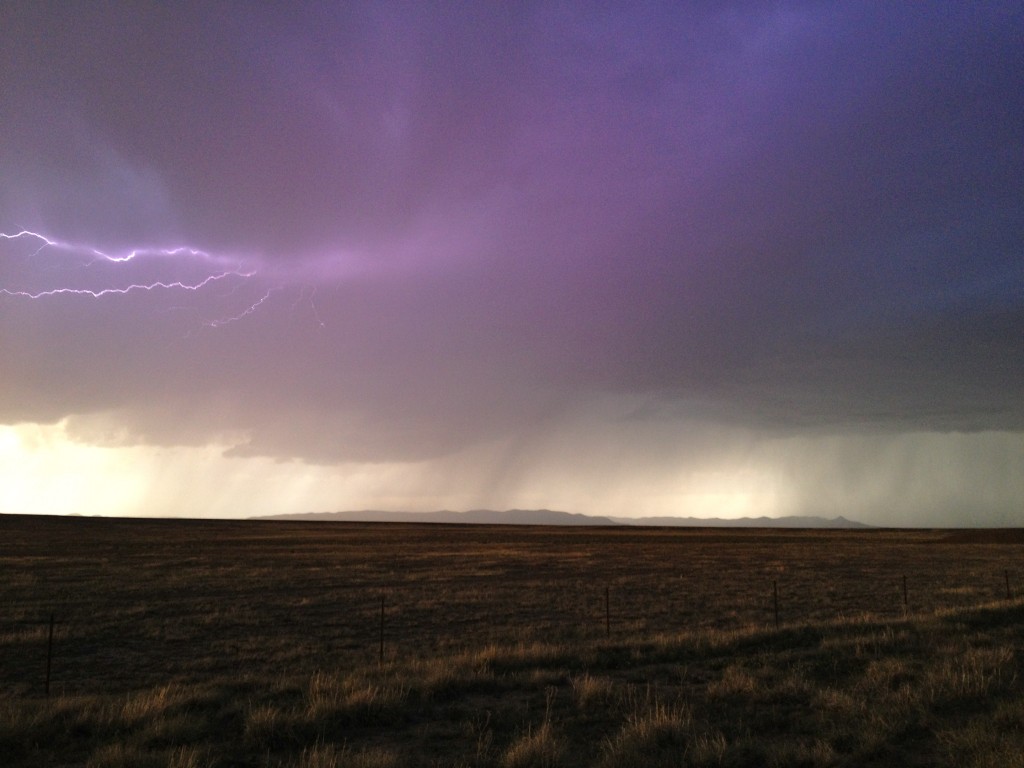 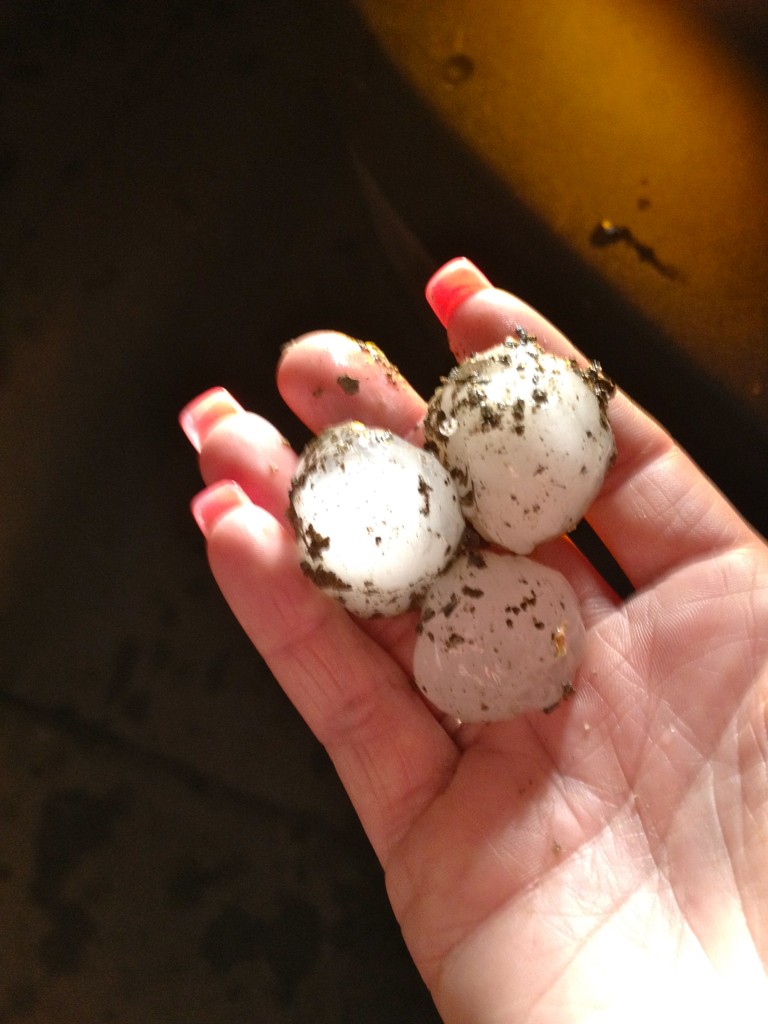 After viewing storms, we enjoyed Mexican food at Sands Restaurant in Raton, near our hotel.  Tomorrow we are meeting at 10:00 (Mountain Time) to discuss tomorrow’s chase options.