Day 12 of the WKU storm chase began in Raton, New Mexico, where we spent the night recovering from last night’s exhilarating hail storm. After weighing our options in the morning, the class decided to move eastward toward the Oklahoma panhandle. This would allow us to move north or south as the day wore on, depending on how convection evolved.

We ate lunch in Boise City, Oklahoma and hung out in the local park while we waited for thunderstorms to develop. After thunderstorms started to form, we moved eastward to intercept and found ourselves in the parking lot of an establishment known as Brown’s Meat Market. An alpaca, a scavenging dog, and hacky sack provided entertainment while we waited for our storm to strengthen. We also were sustained by the awesomeness of our mustaches: 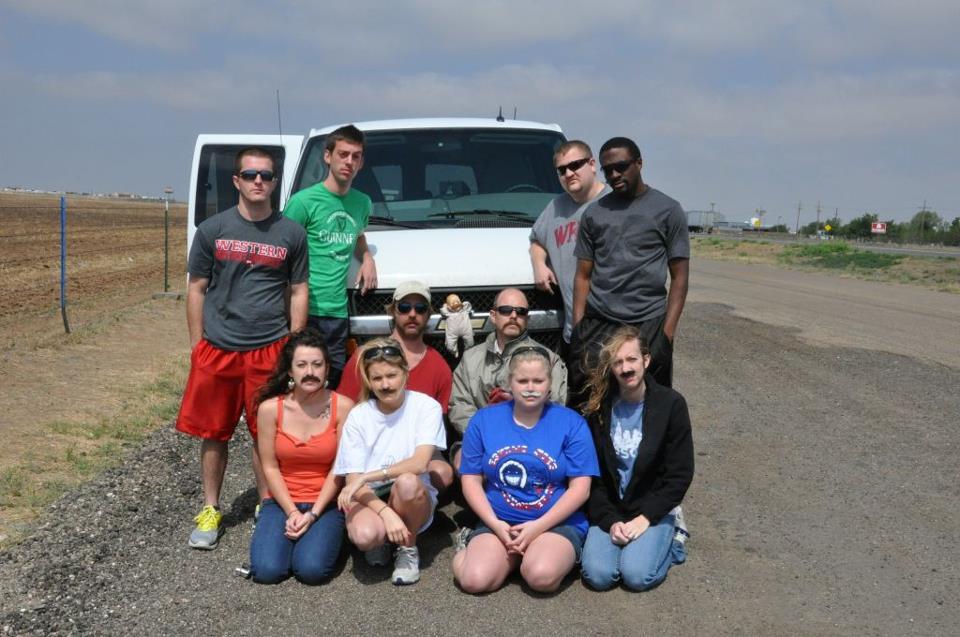 Get on our level

After it became clear that the storm we were watching was struggling to maintain itself, the decision was made to dive southwestward toward the westernmost storm in the line of convection. This storm displayed some persistent midlevel rotation and produced some sizable hail according to radar estimates. While not as spectacular as some of the previous supercells on the trip, it still produced some impressive lightning and mammatus clouds. 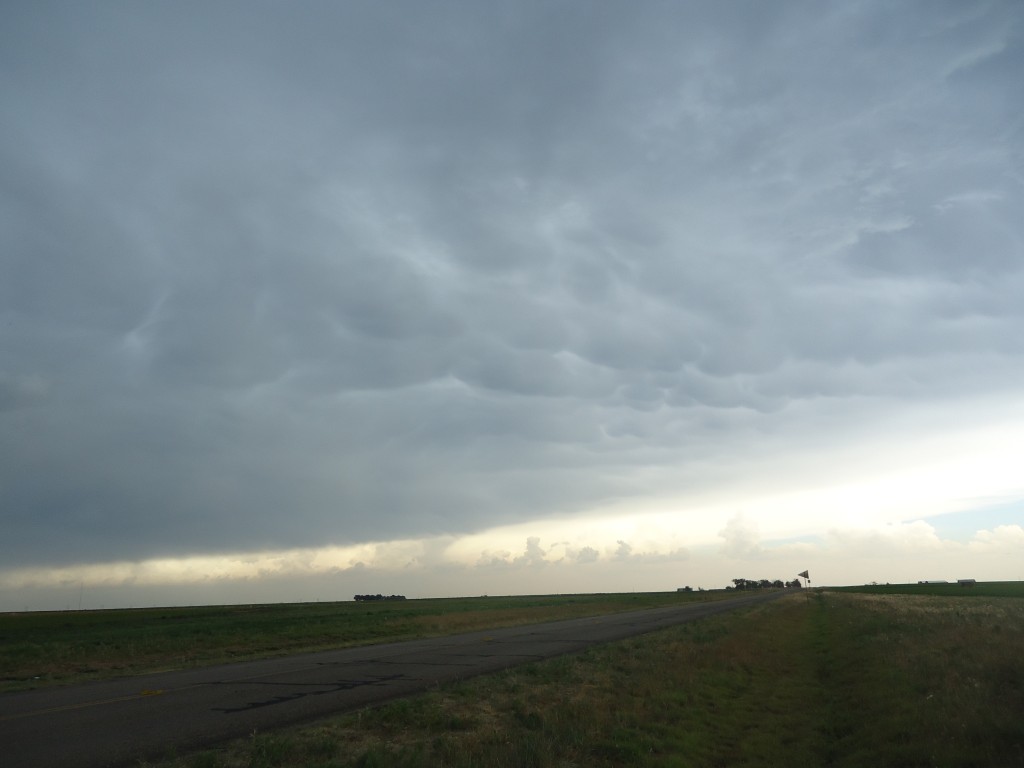 While monitoring this storm’s progress, we also were able to observe a textbook anvil and overshooting top associated with a thunderstorm near Amarillo, TX (over 70 miles to our south). 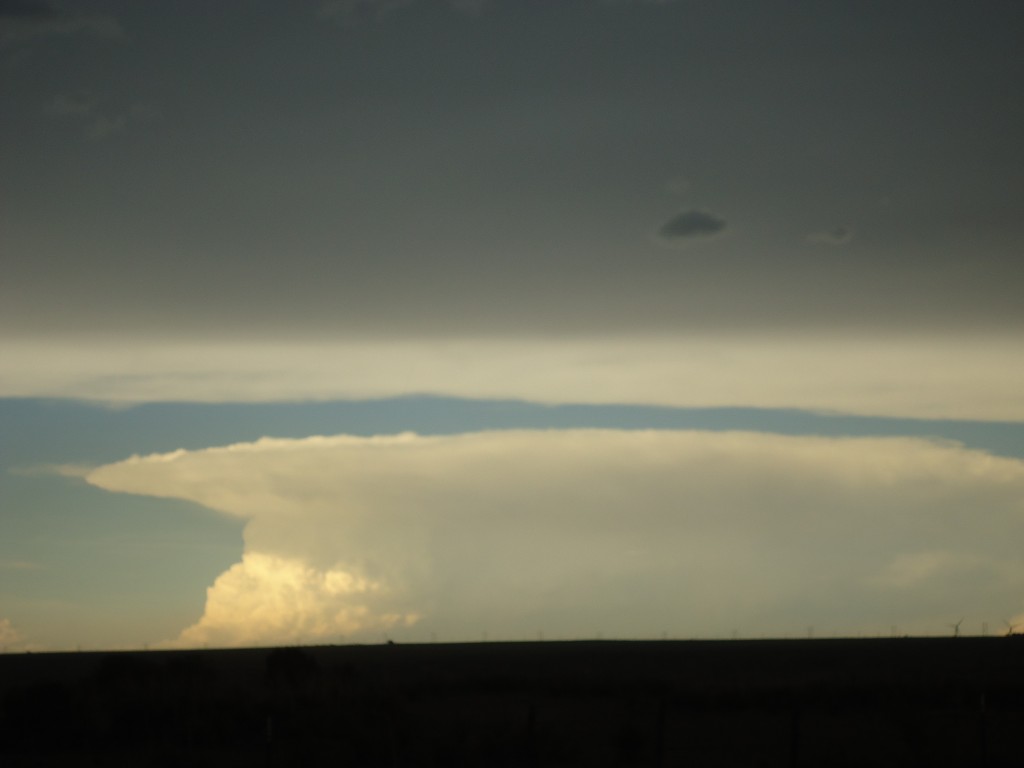 When our storm began to become disorganized, our class decided to bail and set out for our hotel in Borger, Texas. This was more than likely our last chase day, as prospects for tomorrow look dim and the day will probably be spent traveling back home. By any measure, this class has been a success and an unforgettable experience for everyone involved!