The trip started bright and early this year as the group decided to leave Bowling Green at 4 am on Saturday morning in order to possibly chase some storms in southern Kansas. The trip usually requires a full day of travel before the chase begins but because the risk for severe storms in Kansas looked worth going for, we made the decision to leave early to try to catch them by the evening hours. It was a win-win situation for the because even if we didn’t see storms we would be in position to chase a seemingly better day of storms on Sunday.

By 8 am we were in Southaven, MS to pick up Dr. Grady Dixon and we quickly headed north and west through Arkansas and Missouri, arriving in Kansas by early afternoon. With our target in the Pratt, KS region we pushed west through Kansas to try to make it too storms which would soon be imitating. We didn’t expect to arrive by initiation time and indeed storms did initiate when we were in the Wichita area. As we pushed toward the Pratt region we dropped south to move onto a cluster of storms moving across the Oklahoma border into southern Kansas. The storms initially showed some weak signs of rotation but the storms became very clustered around the time we arrived in the area. Because of this and the shared cold pool by the storms, the storms became outflow dominate. Outflow dominate meaning the winds were being pushed out of the storm rather than being drawn in (inflow), which is ideal for tornado development. The storm exhibited some nice structure, with nice shelf cloud and whale’s mouth cloud features. The strong winds in the outflow of the storm also created some blowing dust. As the sun set, we called it a day and moved back to Wichita to stay the night to be in play for another “Moderate Risk” day on Sunday. 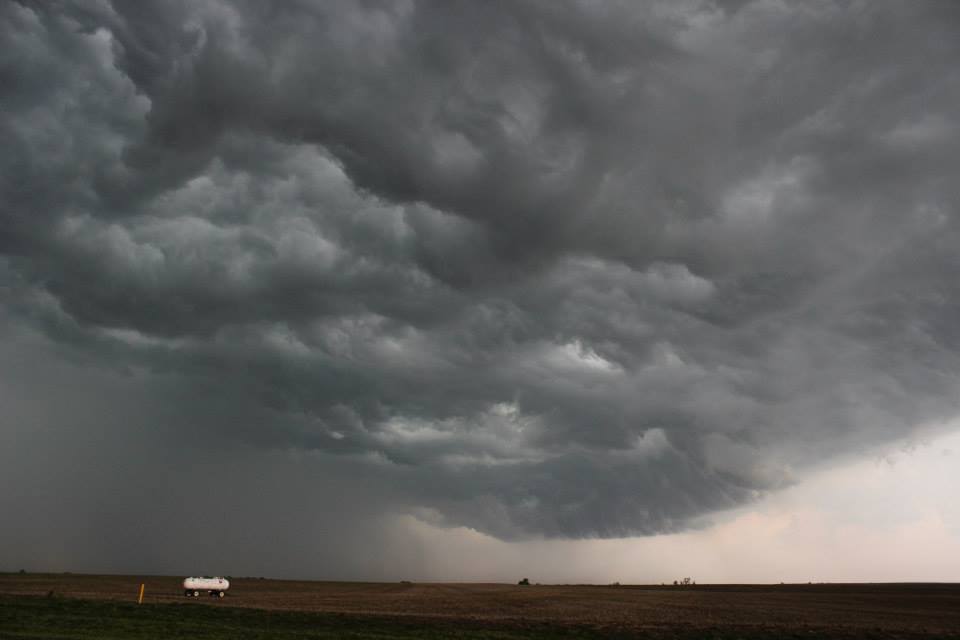 A “whale’s mouth” feature was present in this storm we intercepted just west of Medicine Lodge, KS.