Although morning observations indicated a decent boundary in extreme south Texas and model data suggested sufficient instability to produce thunderstorms, sheer distance and the necessity to set up for our next few events prevented us from traveling there. We instead decided to side with slightly longer range data that indicated moisture return and trough placement over the next few days may be sufficient for initiation near eastern Colorado and western Kansas by Saturday or Sunday. We began driving to Raton, NM for the night at 9:15 AM MT

Since we would not be chasing throughout the day, we decided to take advantage of the beauty rural New Mexico offered and visit White Sands National Monument in southeast New Mexico. On the way, we crossed the Organ Mountains and traveled through the White Sands Missile Range (Figure 1). After a brief but harrowing experience at the US Customs and Border Patrol checkpoint just south of White Sands due to a Brazilian passport mishap, we arrived at the monument’s Visitor Center (Figure 2). 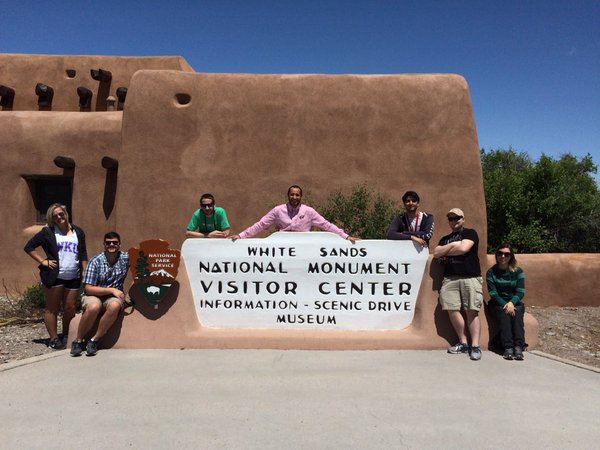 We paid a small entrance fee and began the Dunes Drive through the monument. The sand was nearly blinding, but once we stopped and removed our shoes, we found the desert floor to be remarkably cool and wet. It was possible to build sandcastles in this sand! After Dr. Dixon tested the sledding possibilities (Figure 3), we decided to leave our mark on that beautiful place (Figure 4). 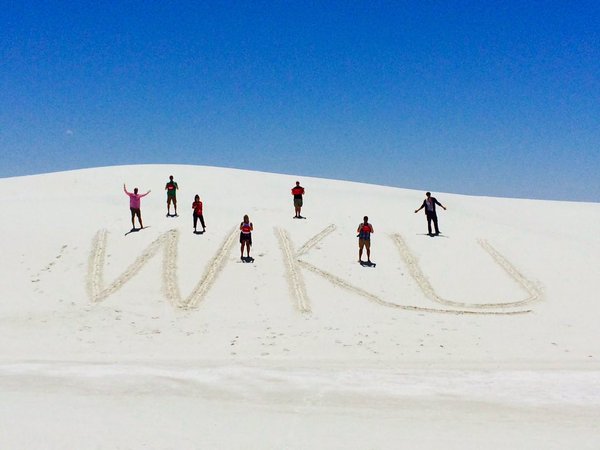 After a stop in nearby Alamogordo for lunch at Blake’s Lotaburger, we traveled northbound until we happened to encounter the only severe storm in the Plains near Fort Union National Monument in north central New Mexico (Figure 5). While not tornadic, the storm did drop some pea size hail on us before we managed to snag a shot of the back side, when it gave us our second double rainbow in two days (Figure 6).

Figure 6: Rainbows on the back side of the Fort Union storm cell

Tomorrow we trek further east to set up for what looks to be a chaseable day on Saturday. Stay tuned!