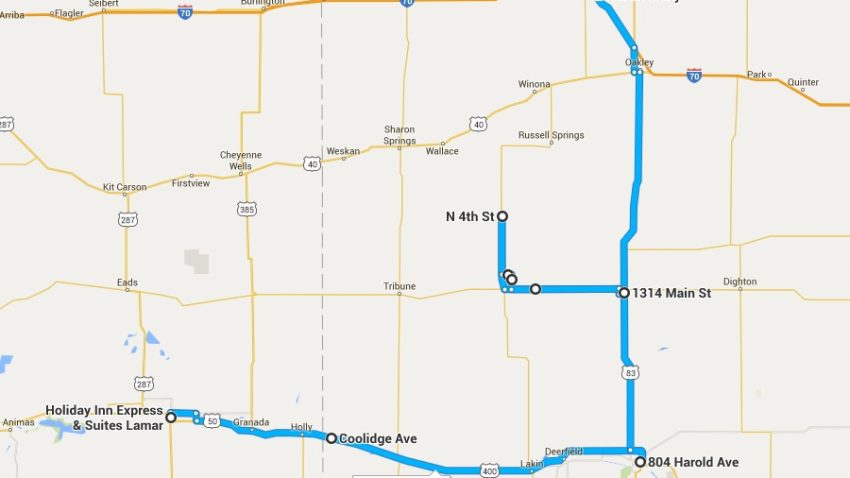 A forecast discussion last night in partnership with College of DuPage at our hotel pointed out an area of instability ribboning from Amarillo, through southwest Kansas, and north to the Cheyenne Ridge in northeast Colorado. A moisture axis paralleled this ribbon of instability, and upper-level divergence over western Kansas  would encourage lift along the dryline. This lift would provide enhancement to an otherwise similar setup to yesterday, assisting storms in breaking the cap. Both HRRR and NAM model data placed a strong convective cell over western Kansas, and supportive shear values and lapse rates indicated this cell would likely be supercellular and at least contain large hail. We targeted Garden City to await initiation and departed at 9:15 AM MT.

After lunch in Garden City, we met once again with our friends at the College of DuPage to watch a weather balloon launch (Figure 1). This balloon would help us diagnose the strength of the cap over the region as well as bulk shear. Preliminary data observed dry adiabatic lapse rates or greater in the low and mid levels, indicating quite an unstable environment. We left our friends in Garden City and headed northeast to Marienthal, KS to await initiation. 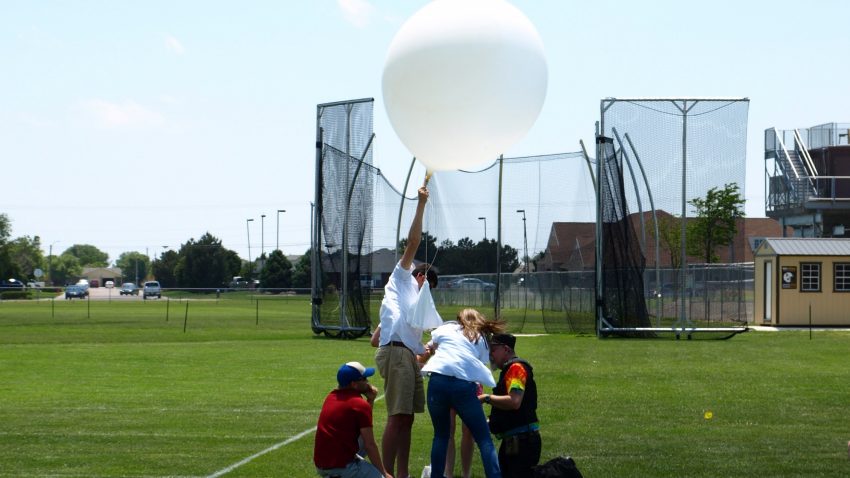 Figure 1: Dr. Victor Gensini of the College of DuPage launches a radiosonde from Garden City, KS

After arriving in Marienthal at 3:30 PM CST, radar indicated a dryline boundary colliding with an axis of moisture convergence over the northwest Kansas region. After waiting an unusually long time for initiation for such a ripe environment, SPC Mesoanalysis indicated an area of mixed-layer CIN capping the region, which would explain the lack of convection. Initiation finally occurred directly west of us at 5:45 PM CST. After viewing one storm after another from a park in Marienthal (Figure 2), radar indicated weak rotational couplets on the backside of three thunderstorms. We moved to intercept the strongest of these couplets, which became tornado warned on our way. 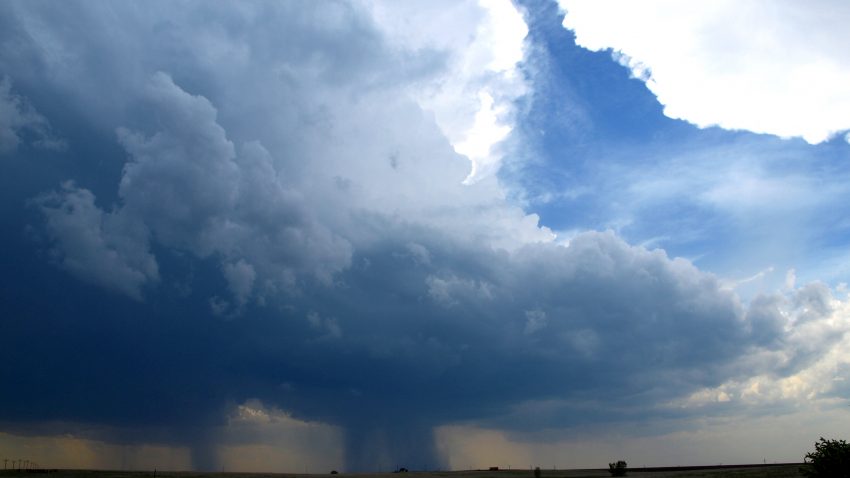 While chasing the storm on KS-25, a funnel cloud developed and visibly touched down. However, the storm contained an unusually high lightning threat, which prevented us from exiting the vehicle to document the tornado.

We continued to chase the nearly stationary storm for several hours, and documented its incredible structure (Figure 3) until the light faded and we were forced to scrub the chase near 9:30 PM CST. The storm total accumulation product indicated over 8 inches of rain had fallen over 4 hours, and this became evident as we attempted to travel north to our hotel in Colby, KS. We ran into a very flooded wash on KS-25 and were forced to turn around (Figure 4). 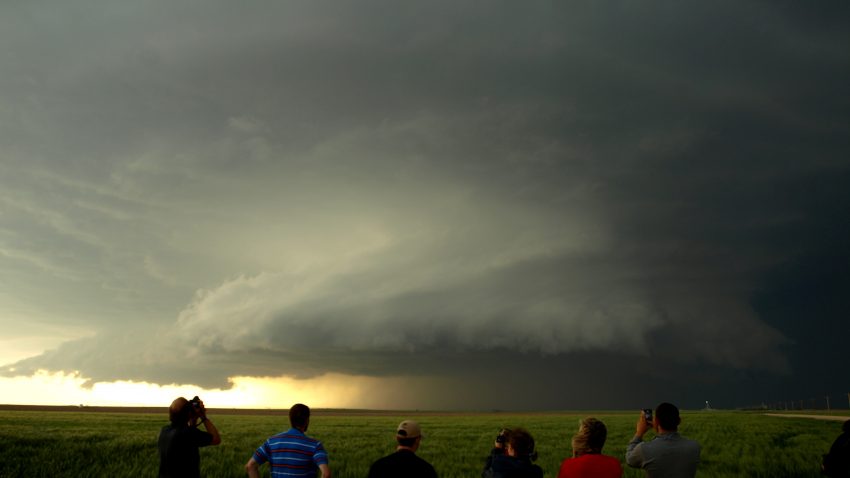 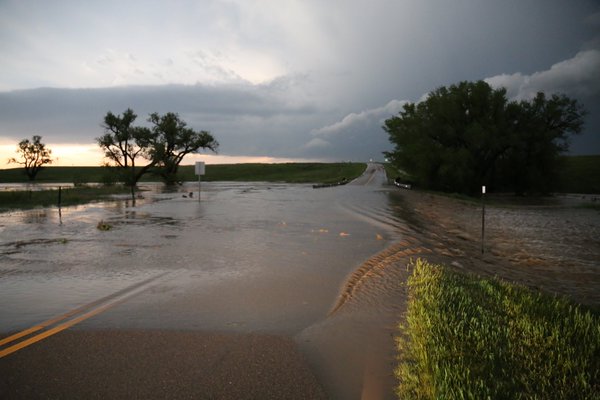 Tomorrow looks to be the most active day of chasing thus far, and we will likely proceed to southern Nebraska to intercept storms produced by a deep upper-level trough.

Click on this link for an interactive chase map