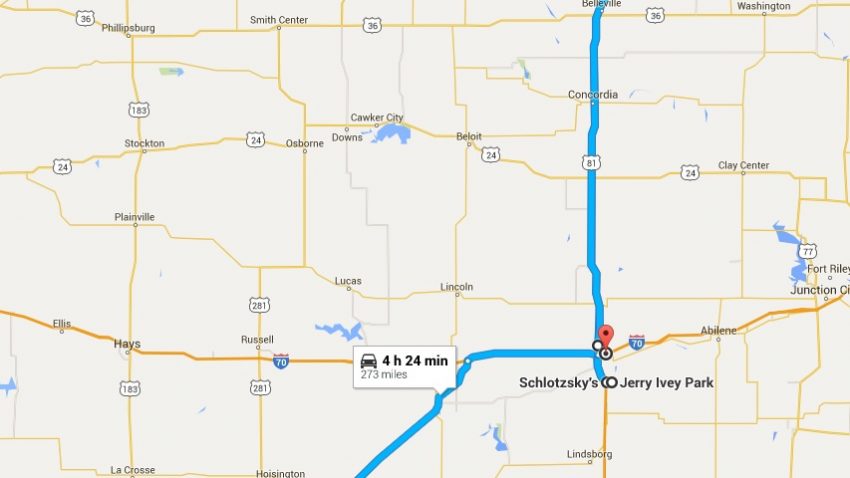 Before our morning forecast discussion, Flavia Moraes presented her thesis defense on mesoscale convective complexes in southern Brazil (Figure 1). She did a fantastic job presenting incredibly interesting research on how these complexes form and what conditions they form under; in near perfect English to boot! We’d all like to congratulate her on a job well done! 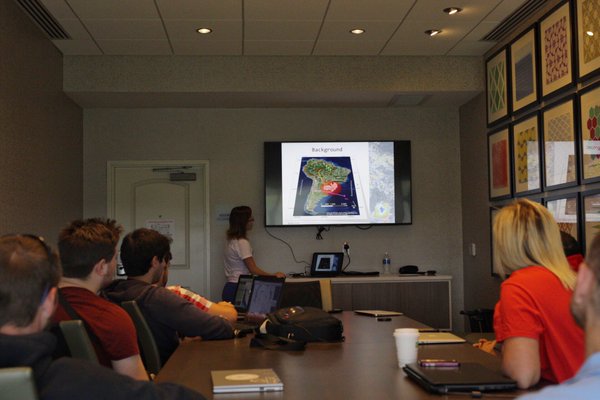 Our morning forecast discussion and target selection was completely student-based; a first for our trip. We identified a weakening surface low in western Kansas that provided an anchor for a dryline that would drape southward through central Kansas and into western Oklahoma and eastern Texas. This low also provided anchorage for a stationary boundary that stretched west to east near the Kansas-Nebraska state line. The existence of this northern boundary provided an area of moisture convergence in north central Kansas, and wind shear along the boundary was more favorable for more developed supercells, as opposed to further south where more multicellular and messy formations were expected. We targeted Salina, KS for lunch and further analysis, since the warm front target was better sheared, and departed around 12 PM CST.

We had lunch at Schlotsky’s in Salina and performed a model data analysis shortly after. Shear profiles across the region were the most interesting to us. The southern target area in Oklahoma showed indications of having a more westerly component to the upper-level shear and the northern target had a more easterly component of low-level shear. This made bulk effective shear values very similar for both targets. A decision had to be made. Due to the fact that convection had fired early over the southern target, using up most of the CAPE present a stabilizing the atmosphere, and due to the fact that the northern target’s shear profile was expected to improve over time, we selected to stick with our northern target. We proceeded to a park in Salina to await initiation.

Initiation occurred across the northern boundary at around 3:30 PM CST. We moved north to intercept and monitored cells to chase along the way. Three independent supercells blossomed ahead of us near Bellville, KS, one to the east, north, and west, and each of these cells had their own wall clouds. Upon arrival in Belleville, the northern cell split and the right moving cell dropped a very lowered, slowly rotating wall cloud that showed promise (Figure 2). We moved to intercept and stepped out of the car. Our heads spinning in every direction to monitor all three wall clouds surrounding us for signs of tornado development, we noticed that the northern right-split storm began dropping a very thin, ropy funnel (Figure 3) before losing the lowered wall cloud and dissipating. The storm to our west looked more promising than to the east, so we moved to intercept that storm. 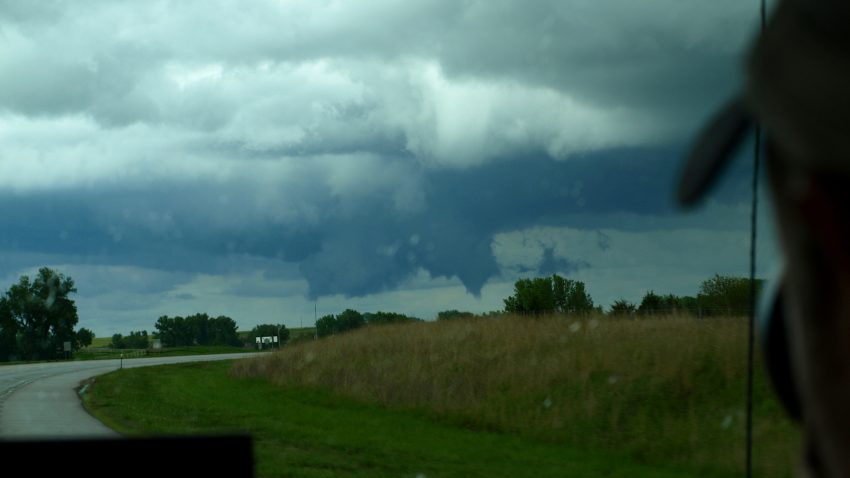 Figure 2: A rotating wall cloud forms under the Belleville cell. 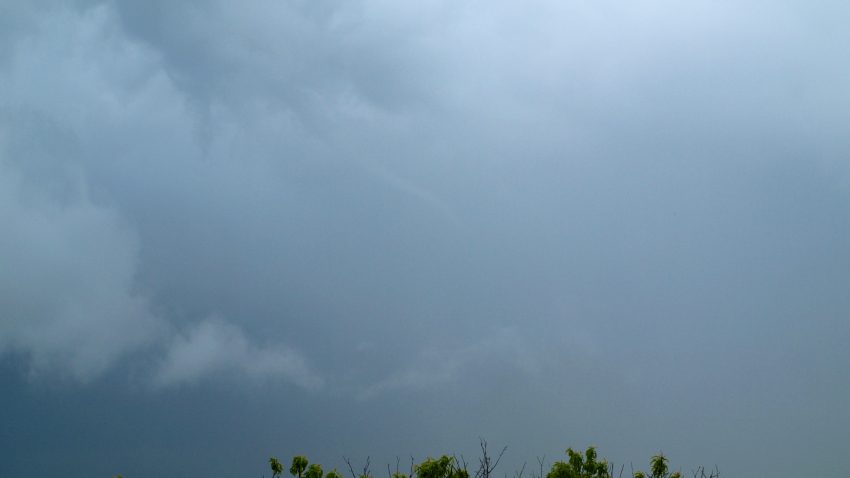 Again, the storm lowered a slowly rotating wall cloud (Figure 4) but never dropped a visible funnel. We chased the storm just over the Nebraska state line before the storm became stationary and slowly lost rotation. We began to head back home, but the stationary storms to our right produced some stellar photography opportunities (Figures 5 and 6). 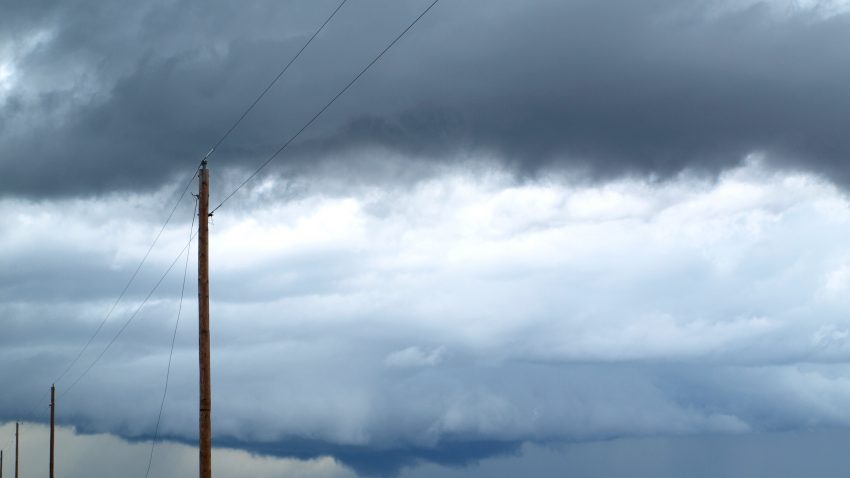 Figure 4: The second cell to our west drops a rotating wall cloud 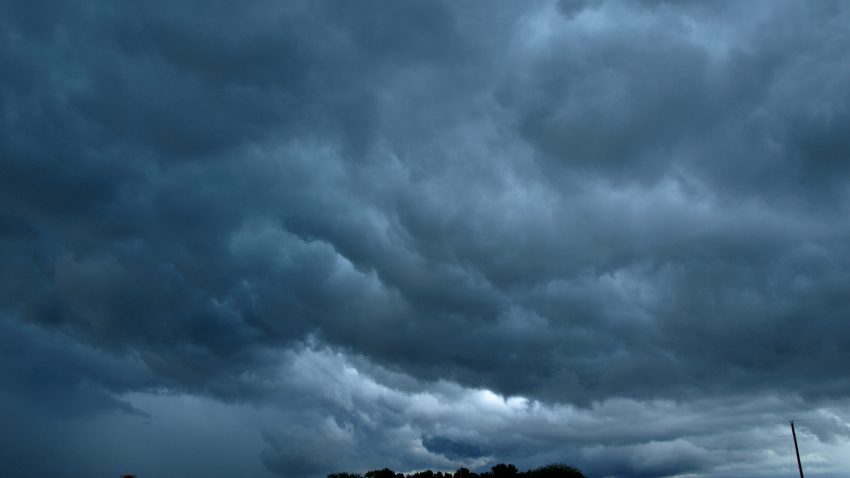 Figure 5: A whale’s mouth cloud from the western stationary storm near Belleville, KS 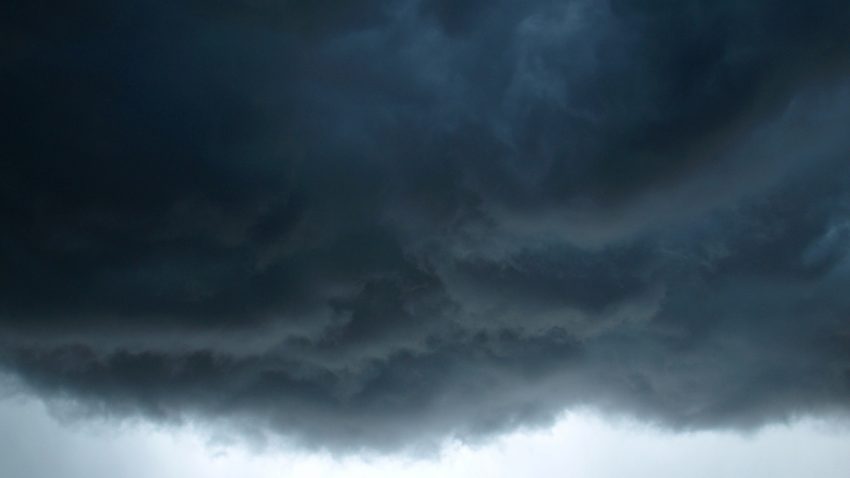 Today was our final chase day of the trip, since tomorrow’s target area is out of range for us from our starting point in Salina. We will proceed tomorrow to St. Louis to stay the night and head home Sunday morning. This chasing experience has been a milestone event in my academic and personal lives, and the friends I’ve made and the natural beauty I’ve witnessed will never be forgotten. I would like to thank both Drs. Durkee and Dixon for leading the charge and teaching us more than we would have ever learned in a classroom environment. I’d also like to thank WKU for supporting this incredible program and providing an amazing opportunity for our department’s members.