Today was a day in which options had to be weighed during the morning’s forecast discussion. Storms were expected to take place across the Wyoming region and even slightly to the east and then drift to the north-northeast. Unfortunately, the storms were not expected to take place in a great environment in terms of supporting supercells. However, that’s not to say cool storms won’t take place, but they would most likely be a clustered mess, which can be hard to chase.

After some discussion, we decided to forgo picking a target and chasing today for setting up to chase tomorrow. After looking at the model data and another forecast discussion, we decided to head to western South Dakota, where models were hinting at possible storms taking place tomorrow. We knew things could and most likely would change tomorrow, so we didn’t want to commit too far in any specific direction. Spearfish, SD seemed like a good area to get to.

As we headed north to Spearfish, a severe storm popped up over the Black Hills in South Dakota. The storm was practically stationary and provided a unique opportunity to chase the isolated storm. 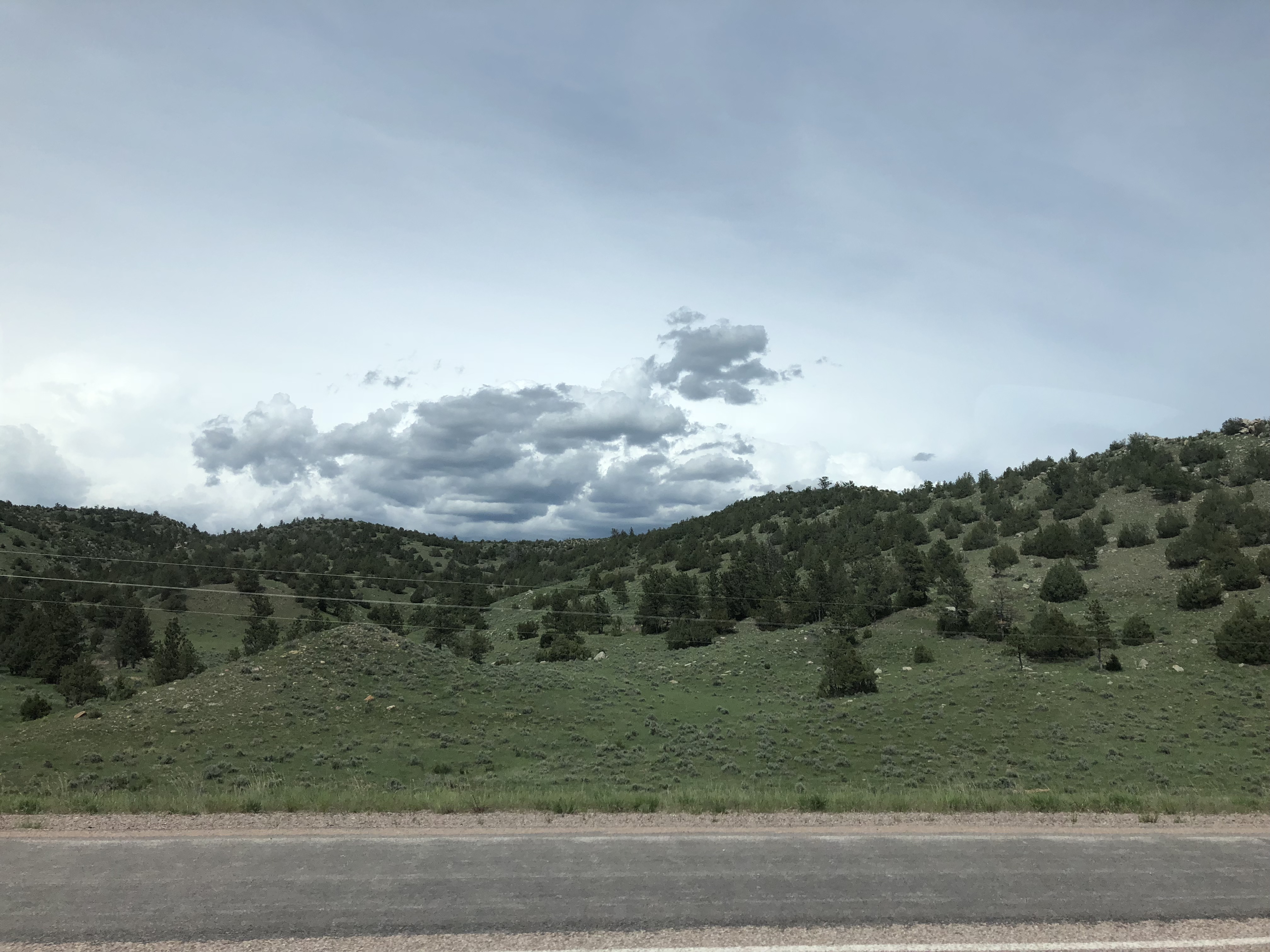 Storm developing over the Black Hills

Despite the rough terrain and limited access to roads in the area, we went for it. The storm began to show a couplet on radar, but we were still a good distance away since we had to get halfway around the mountains to find a way up them. Fortunately, the storm remained practically stationary and the couplet also stayed around. It was hard to find a spot that was both high and clear enough to see the storm though. We finally found a dirt road that had a nice viewing spot. When we got out to take pictures, we immediately noticed a lowering where the couplet on the radar appeared. The lowering also appeared to have a left to right motion to it. The storm was located to the northwest of Hill City, SD. Finally, we had witnessed our first funnel cloud of the trip. 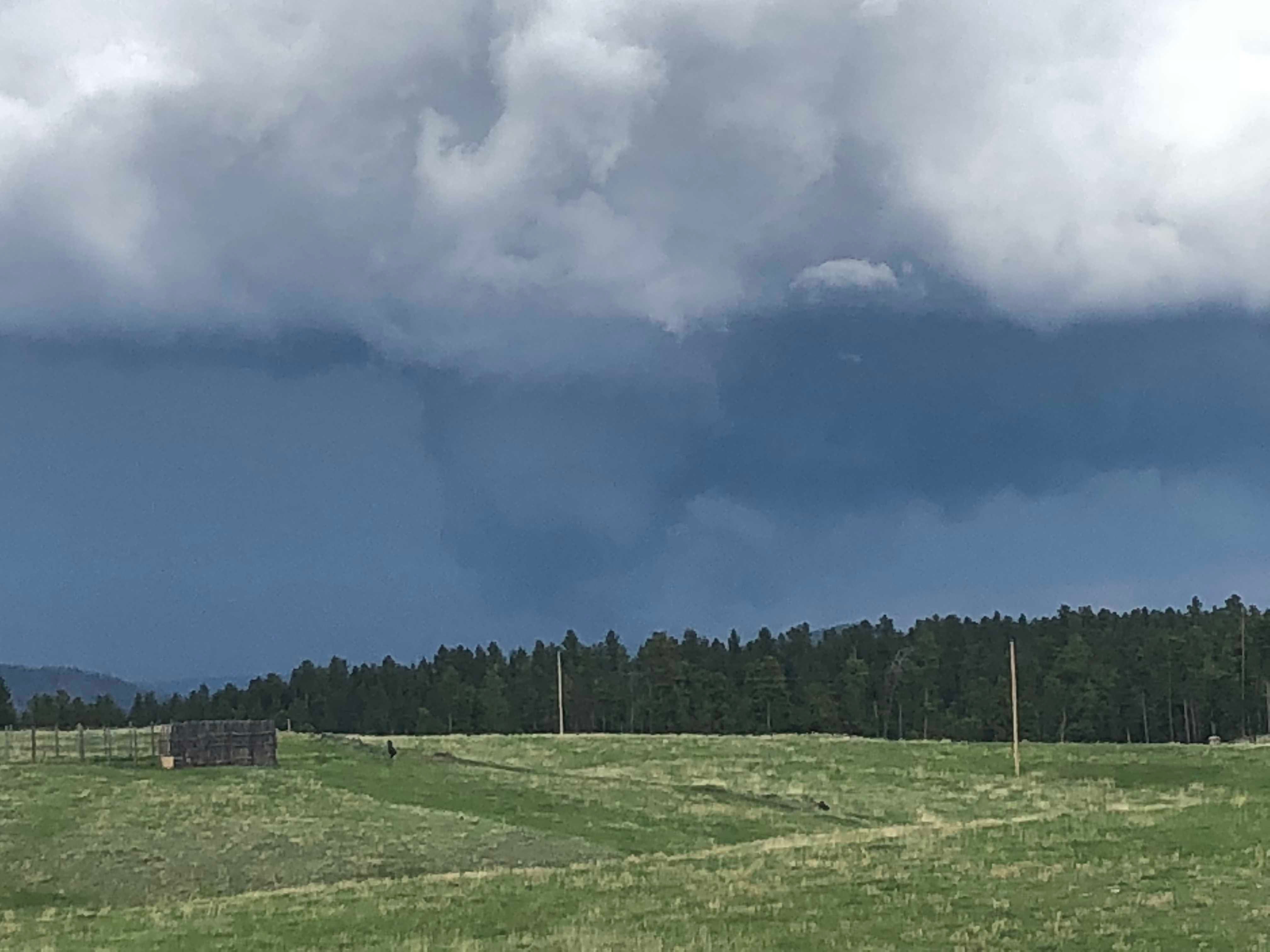 The funnel lasted for a few minutes but never appeared to get to close to the ground. Eventually it lifted and the storm began to weaken. After a few more minutes of picture taking, we made the trek down the mountains and toward out hotel. As we went down, we ran in to a few spots where a large amount of hail had fallen. So much so, that it looked like it had just snowed on the hills. The van even slid a few times due to the icy conditions. 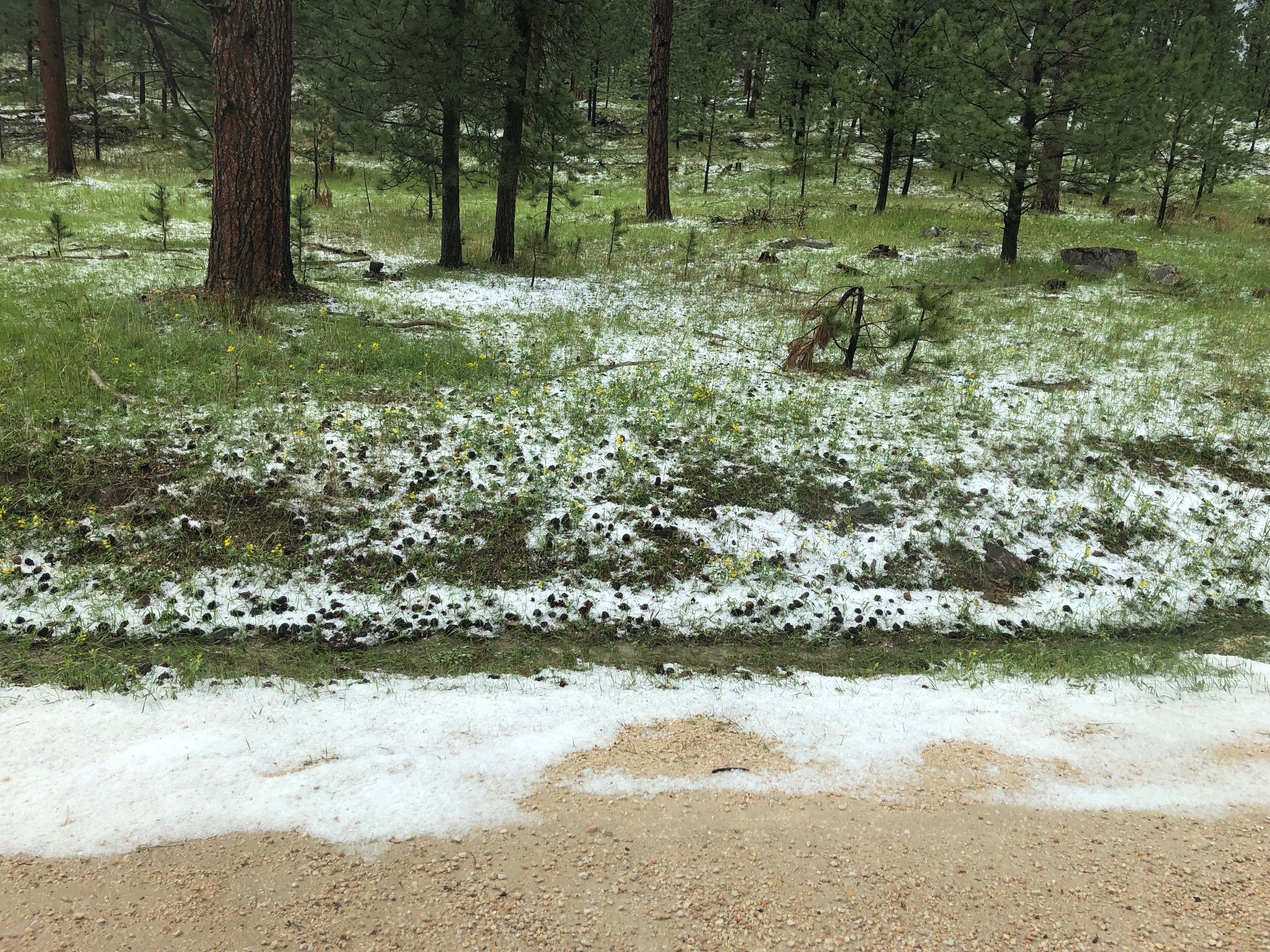 Hail on the trek down the hills

Some spots within valleys had hail and very foggy conditions. These areas looked straight out of a scary movie. We also witnessed some other cool, non-weather related things on the way down such as deer, streams, and interesting cabins. 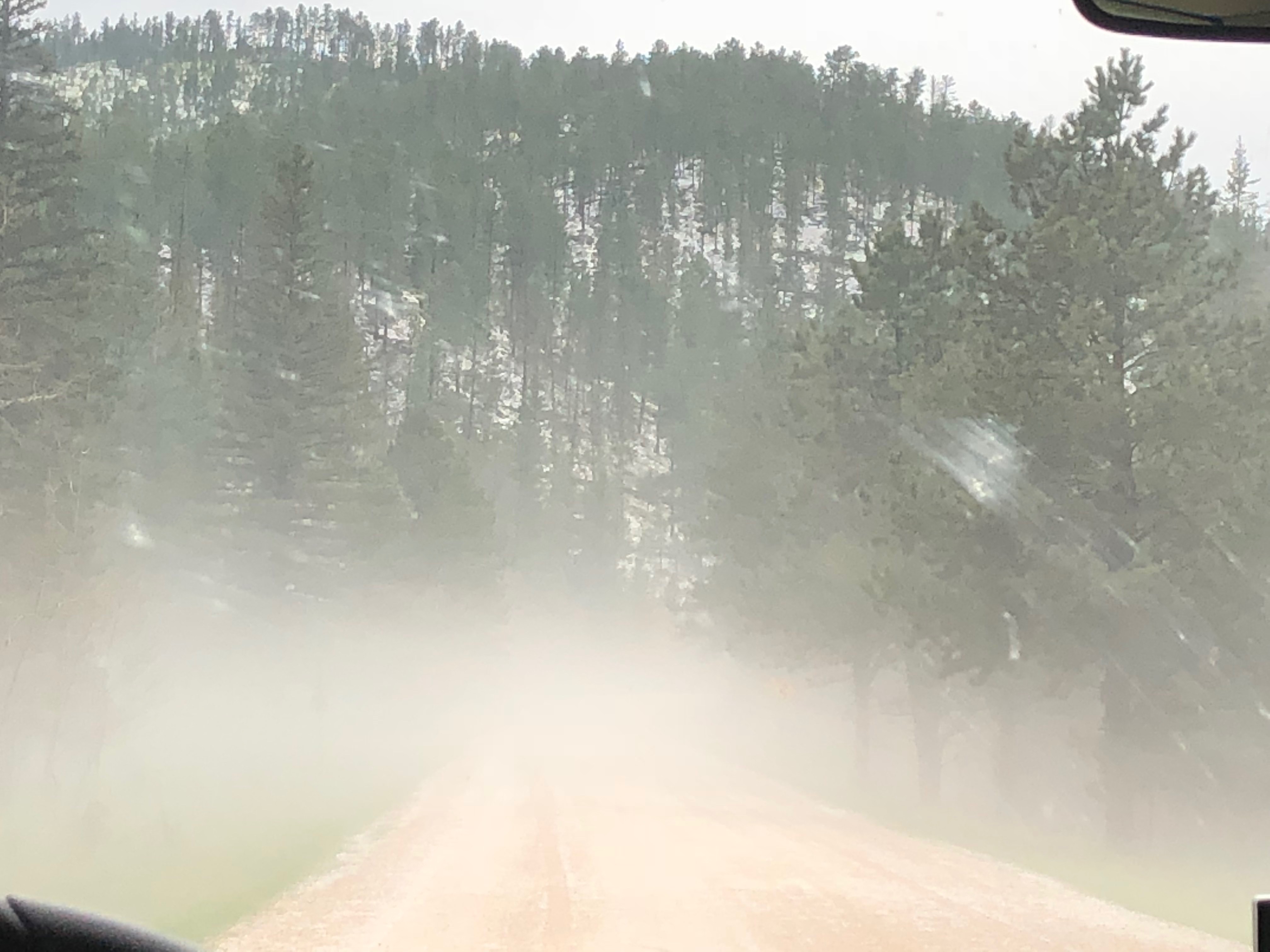 One of many foggy spots on the trek down the hills

We eventually made it out of the Black Hills and headed toward our hotel in Spearfish, SD. For what was suppose to be an off-day, it turned out to be a great day. Now our eyes turn to tomorrow in hopes of seeing more cool storms and learning more!