With the first week in the rear view mirror, the start of the new work week presented a dilemma for the storm chase team. The previous day, we decided to spend the night in Limon, Colorado in order to be within driving distance of two potential chase targets: either east-central New Mexico or northeastern Colorado/southwestern Nebraska/southeastern Wyoming. 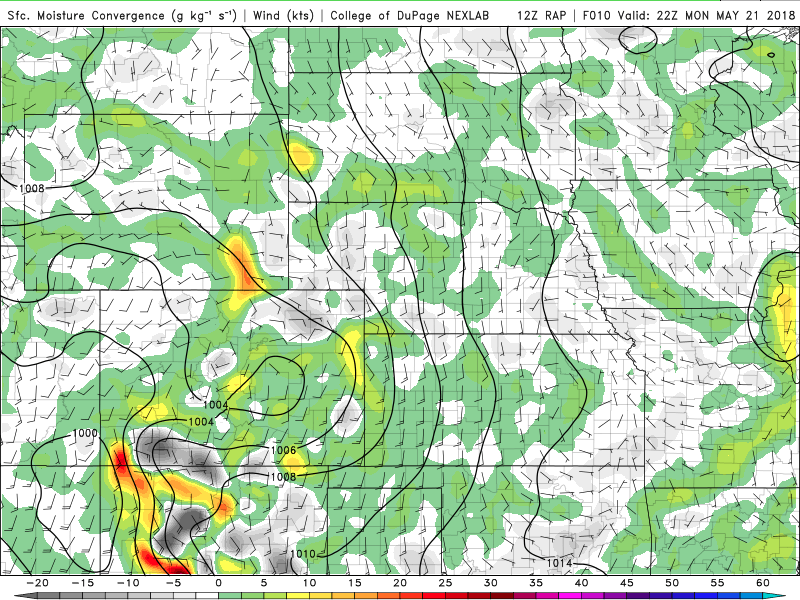 The decision wasn’t easy as the best forcing for thunderstorms was across eastern New Mexico but the best ingredients like instability, moisture convergence and upper-level shear were across northeastern Colorado, stretching into western Nebraska and into southeastern Wyoming. The limiting factors, however, included a lack of very deep moisture and the lack of low-level wind shear. Winds at 500 MB were around 40-45 knots, while they dropped off to only 10-15 knots at the surface. Essentially, we were more likely to see storms in New Mexico, but they would congeal into a messy line too quickly. In addition, chasing down south would put us out of position for future chase days in the northern plains. Storms in the tri-state target would be less numerous but more photogenic, since they would likely be low-precipitation supercells that have a tendency to be picturesque.

After the forecast discussion wrapped up around 9:30am Durkee went back to Grady to hammer out the logistics, we departed from the hotel around 11:00am. After a no-hurry lunch at Subway in Fort Morgan, Colorado, we moved toward our northern target and even a little farther north, intending to set up near Cheyenne, Wyoming.

The extent of May 21’s travel. Map created by Carson Meredith.

Finally, around 3:30pm MDT, we ran across a nice-looking cell on the interstate outside of Cheyenne. While it never produced severe weather, it was a pretty sight to look at. 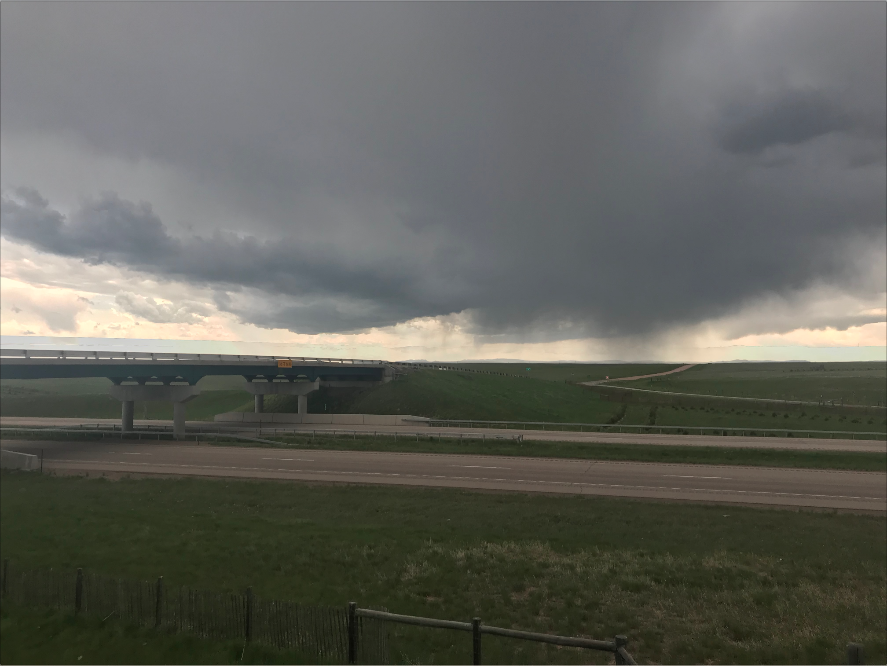 As this storm began to weaken, we were in striking distance of another storm around 30-40 minutes to the north, closer to Chugwater and Wheatland. This storm did go severe-warned for a time and dropped some small to medium-sized hail that collected on the ground. We did stop to take come pictures of the hail and make a report to the National Weather Service. 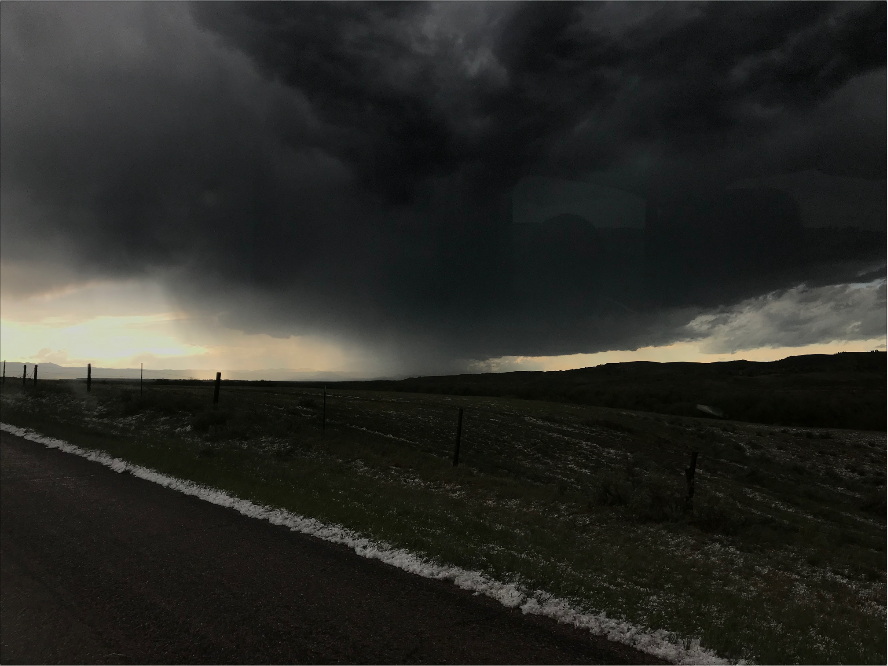 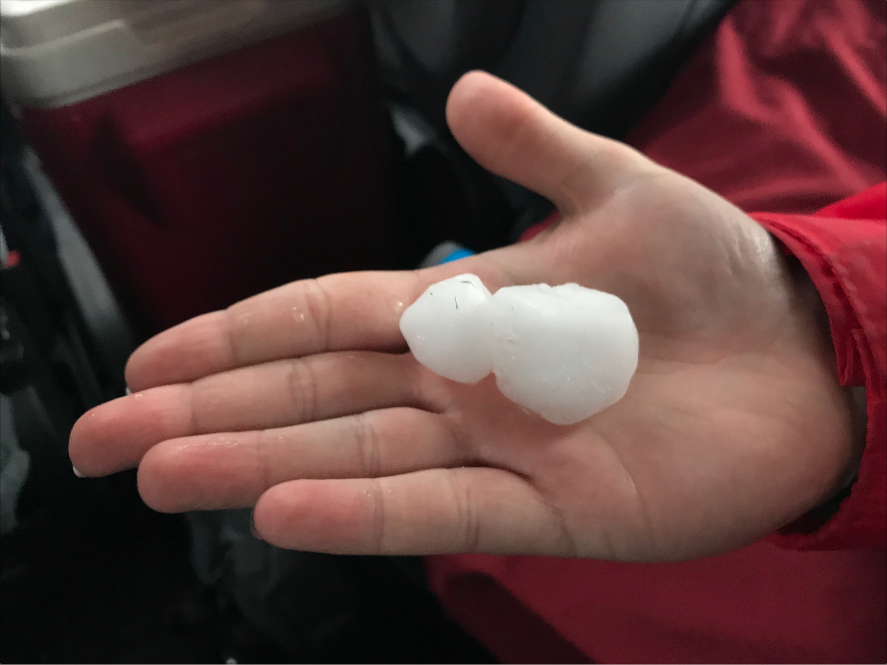 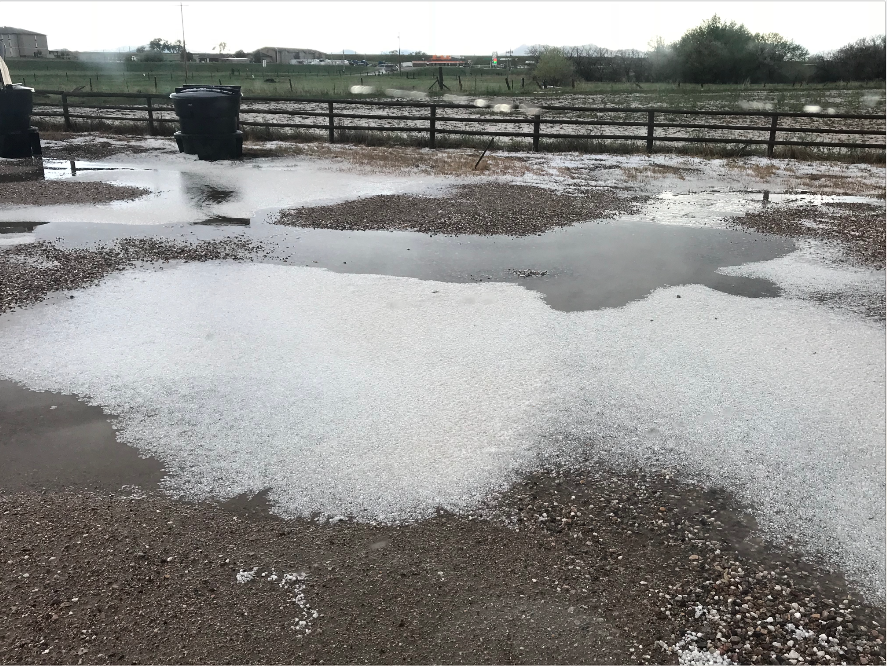 After this thunderstorm began to dissipate as well, we started moving back south toward our hotel in Cheyenne and ran into another cell just east of the city. This thunderstorm was rotating well for a little bit of time but never produced a tornado. Shortly after we pulled over at a Port of Entry to watch the storm, it began to quickly fall apart. 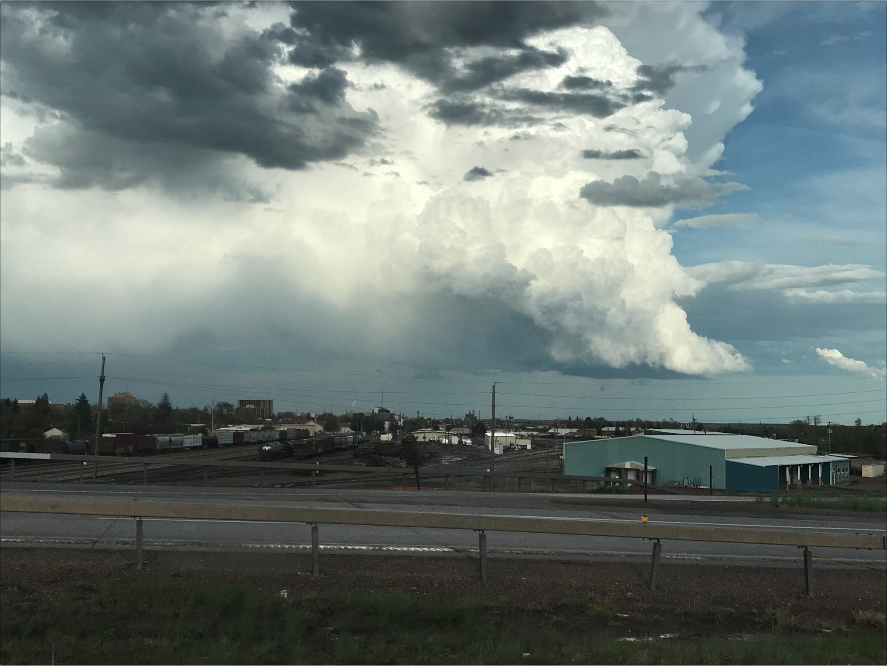 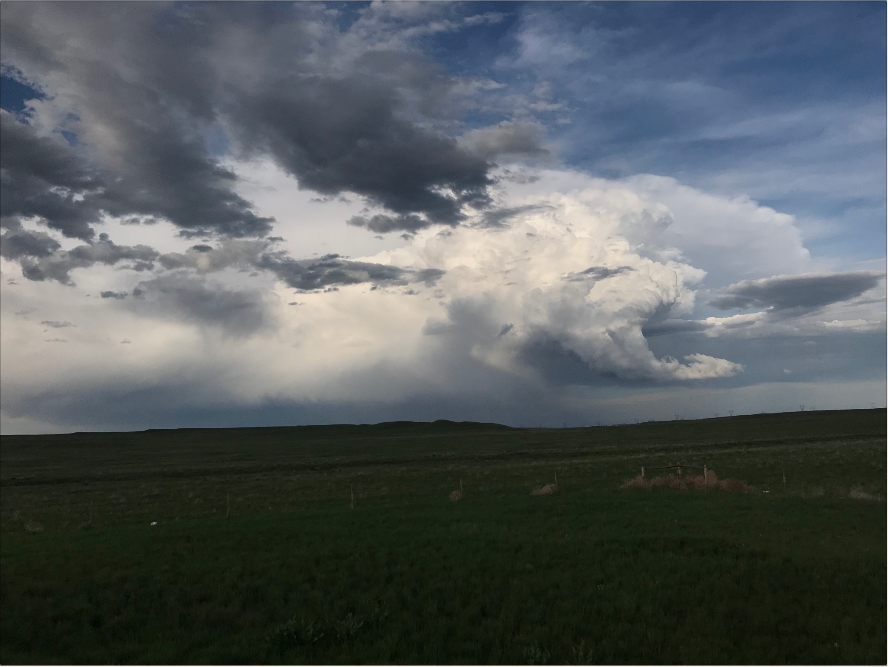 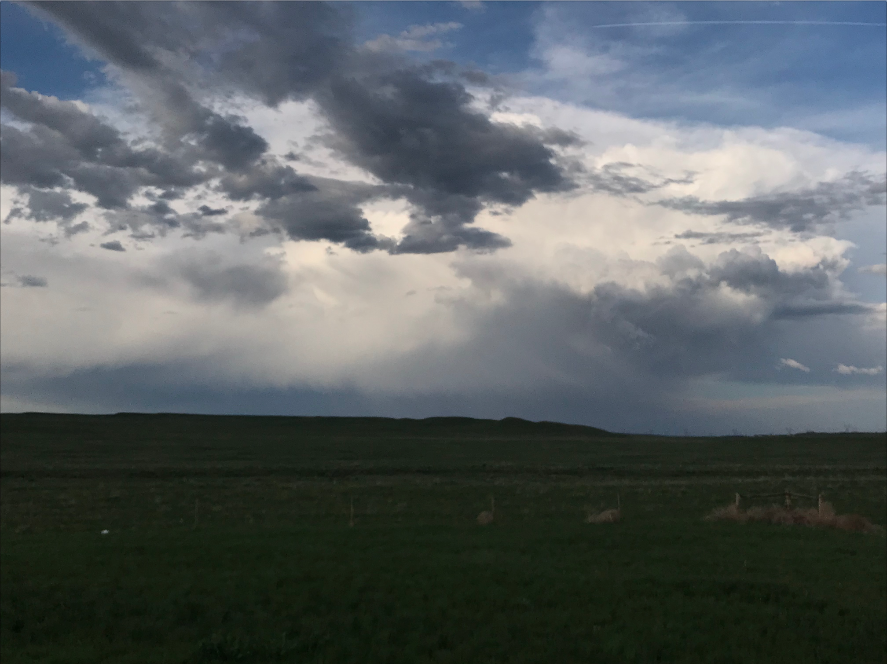 Once this storm moved off to the east and dissipated, we moved on to our hotel in Cheyenne to wrap up the first day of week 2.