A bit of snow and mixing rain we got a chance to see out there for your Tuesday. Bowling Green received about 0.04″ of rain and a trace of snow up to this afternoon. After today you might be asking when will it snow again, and how much? Well to confirm this idea wouldn’t be fact but merely an opinion, but I’d be glad to share my concluding forecast.

Trend wise there is a distinctive surface high to the southwest of us creating a ginormous jet streak in the upper air from the northwest. While rising heights with the surface High in the OK/TX panhandle there will be overcasting skies throughout your Wednesday. This is due to the converging winds associated with the upper level jet. A shortwave Low, that was responsible for bringing that mix of snow and rain will surely move eastward and bring E. Ky trouble overnight and into Wednesday. Although, an overcasting view of skies doesn’t declare that we’ll certainly get rain for chances will be more valid in the morning before 7am… the peakedness of moisture. But however, due to moisture extraction with the high leveled atmosphere, rain chances drop to 10% with gradual clearing. 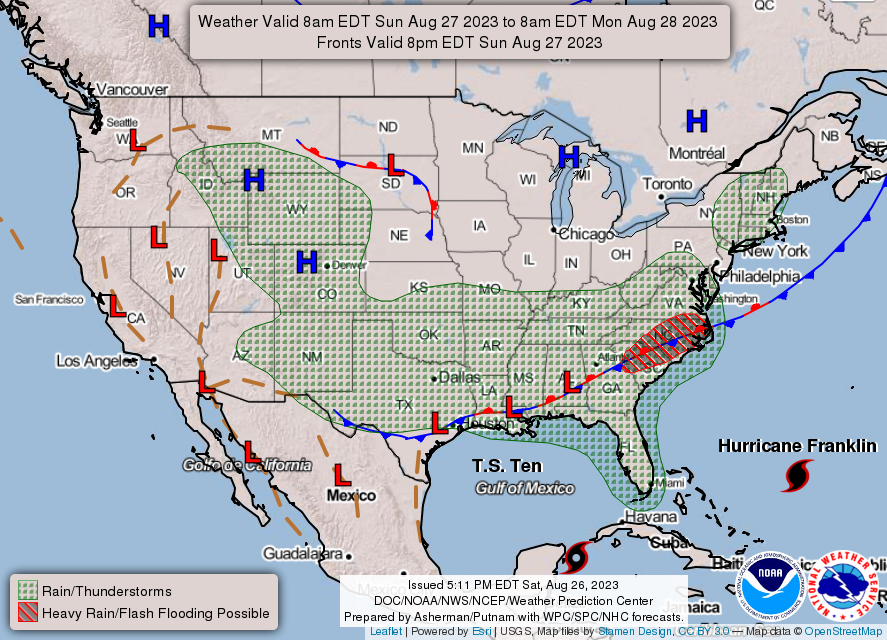 For Thursday, the pattern here is similar to what we’ve seen for fall. A fast paced trough with an arctic flow diving into the Great Plains into the Midwest region where it meets an stable air mass in the South/Southwest to create saturation. I think conditions will be favorable for light snow but for Mid-South it isn’t so much so. Chances for snow will be more prevalent in the northern counties where the most amount of shear will take place. I wouldn’t expect more than the amount we received Tuesday: trace amount (0.00″) at a 30% chance.

WED: 35/29… Overcasting skies early on with a slight chance for a stray shower or two before 7am. Clearing gradually with a breezy wind from the North. Rain chances decrease afternoon.

THURS: 44/31… Partly sunny with an increase of humidity for the area. Chances of snow/rain mix between 1pm and 6pm are 30%. Trace values are expected for counties more closer to the OH Valley