On Friday morning our group woke up in Salina, KS where we discussed possible targets for storms for the day. An MCS came through in the morning causing cloud cover in most of eastern Kansas, limiting thermal instability. With this knowledge, we decided that the game plan would be to try to find the clearing in the cloud cover for storms to possibly initiate by afternoon. So our group headed WSW towards Great Bend, KS in search of a clearing. The outlook for the day was marginal with low instability even in the clear skies. In south central Kansas, CAPE values were around 500 J/kg, which is very weak. CAPE is the Convective Available Potential Energy, which is basically the energy a storm could tap into given that a storm initiates. The other problem was the low shear values around 30 knots. Shear is the direction/speed of wind as it changes with height in the atmosphere. Instability, shear, moisture, and lift are all key in supercell development, maintenance, and strength. In this case, the instability and shear values were on the lower end, however, the moisture convergence boundary was evident extending through south central Kansas providing moisture and lift. Dew points near Greensburg, KS were in the low-mid 60’s, while just an hour west of that dewpoints were in the low 40’s. The cold front extending down through central Kansas into Oklahoma provided sufficient lift to aid in storm initiation. By 3:00 p.m. storms were in firing along this boundary and we were able to follow them as we drove south into Pratt where newer cells initiated. Just outside of Pratt, we stayed with a supercell moving at 20-25mph. This cell showed very broad, weak rotation which inhibits the production of tornadoes. However, this storm did provide great structure along with a fairly strong hail core. Nickel to quarter size hail was reported, but fortunately we were able to stay ahead of this. Below are some pictures highlighting the day. 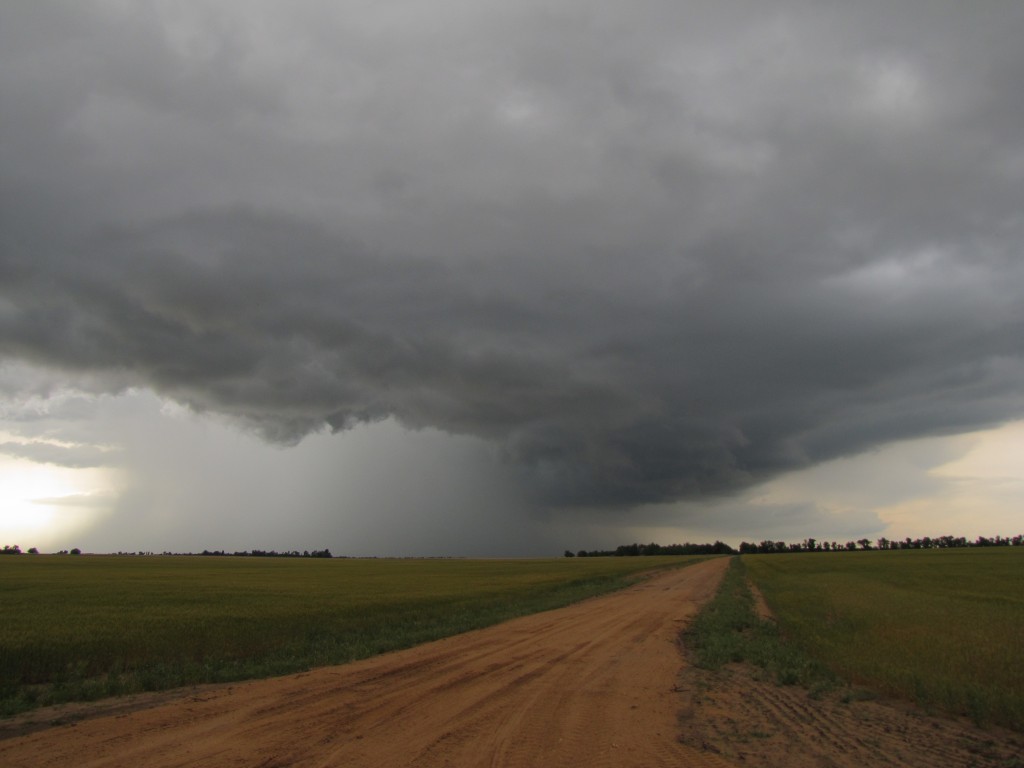 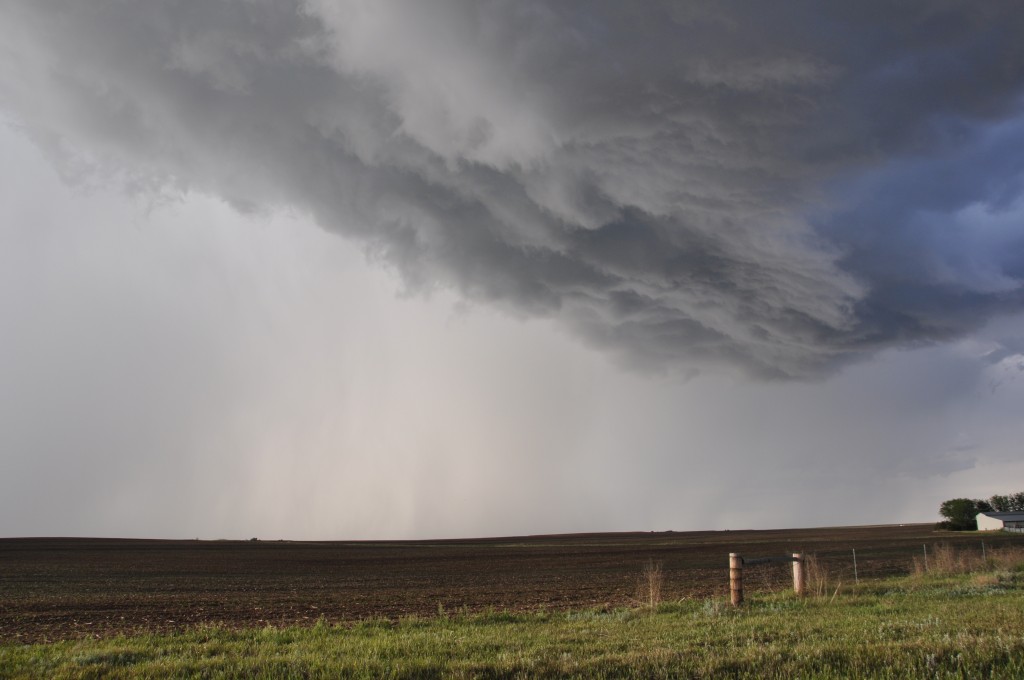 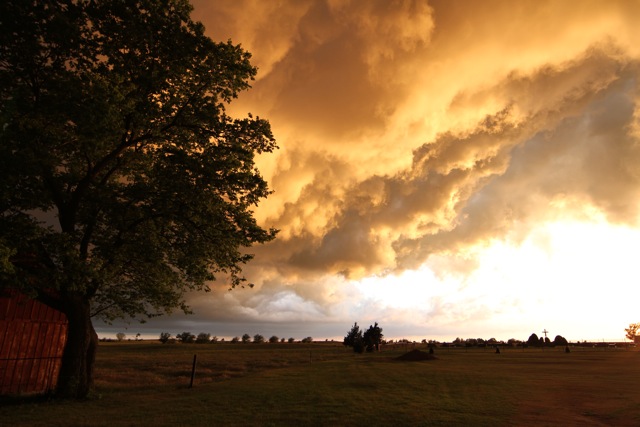 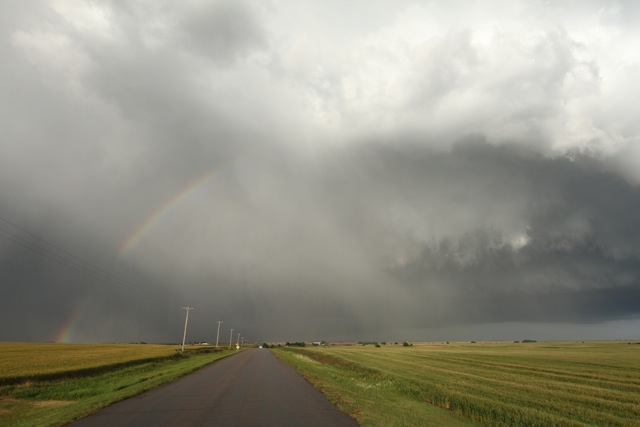 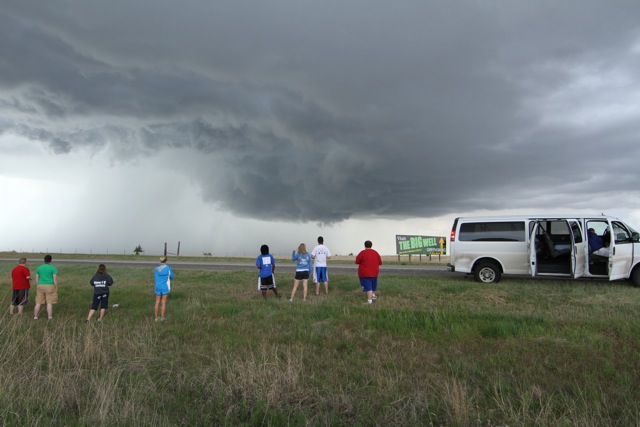