Cheyenne turned out to be a good pick, yet the cap that was literally putting a lid on convection was literally to much to overcome. We ended up seeing a couple of cells that popped up on the Wyoming/Nebraska Border. We pursued the cell to our north which first showed up at about 0030Z (730pm central). It turned out to be a fairly photogenic storm even though it did not amount to anything. 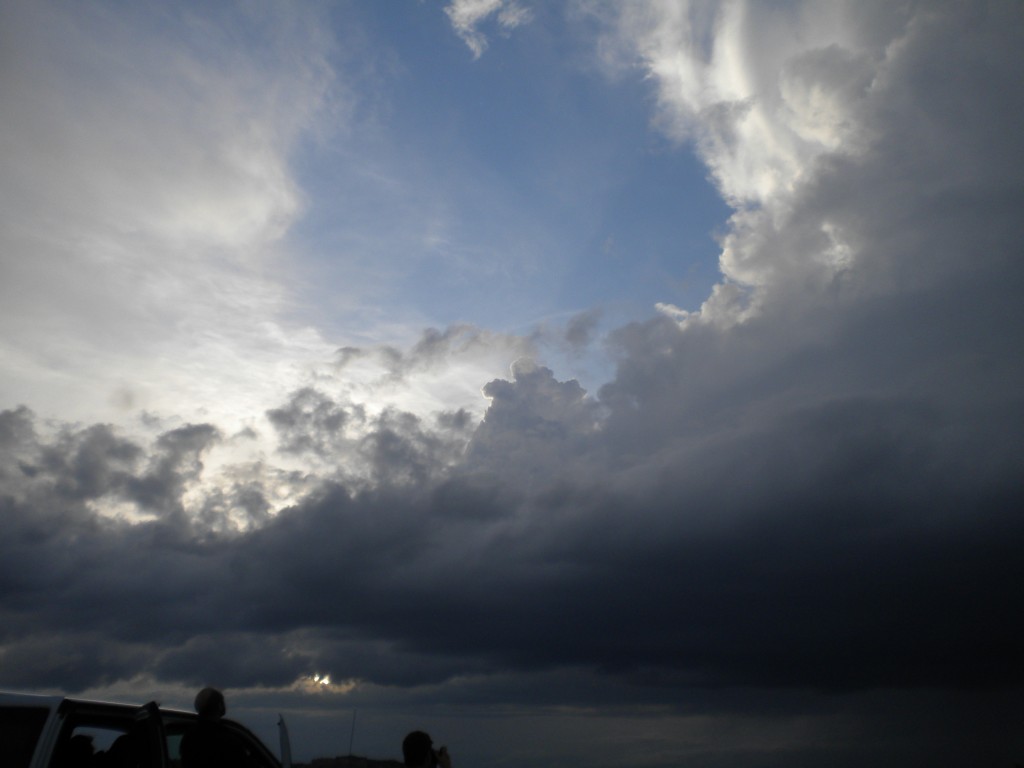 We also got some awesome pictures of some pileus clouds, which was definitely more interesting than seeing in a text book. 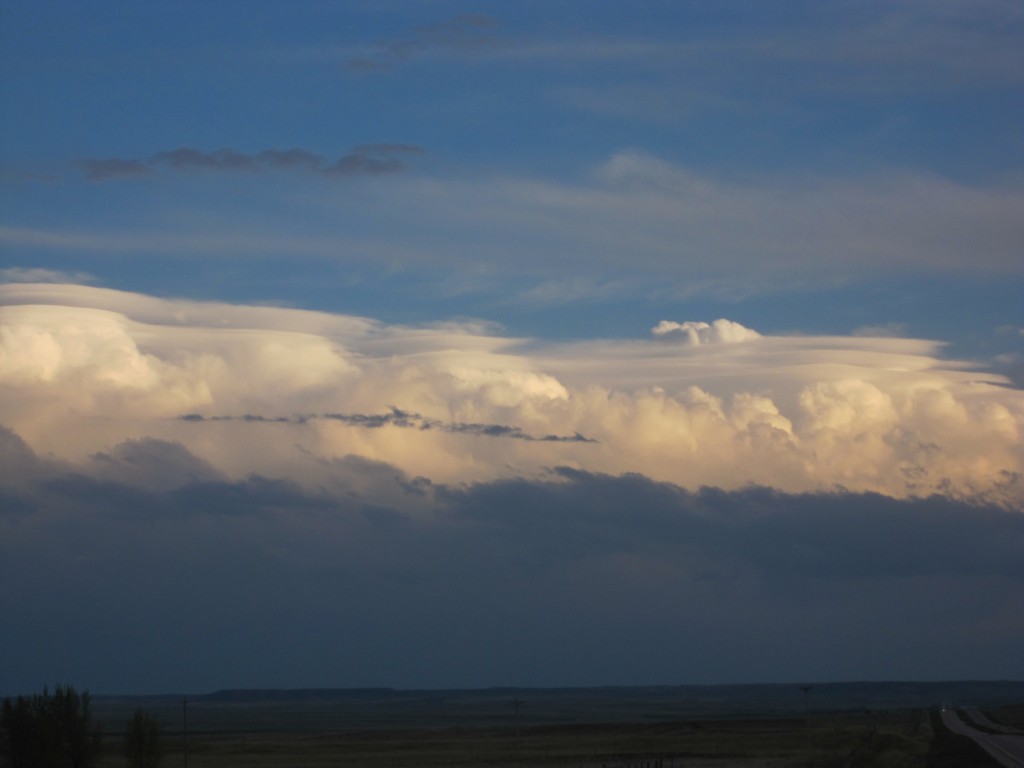 While we were waiting for the cap to break, we parked the van by a local playground for some entertainment. The most popular game played was football pig. Which has the same rules as HORSE, except played with a football and the goal is what you decide it to be (a bench, through a tire, etc.) Sometimes however, you just have to hit the swing set when you’ve been trapped in a van for eight days. 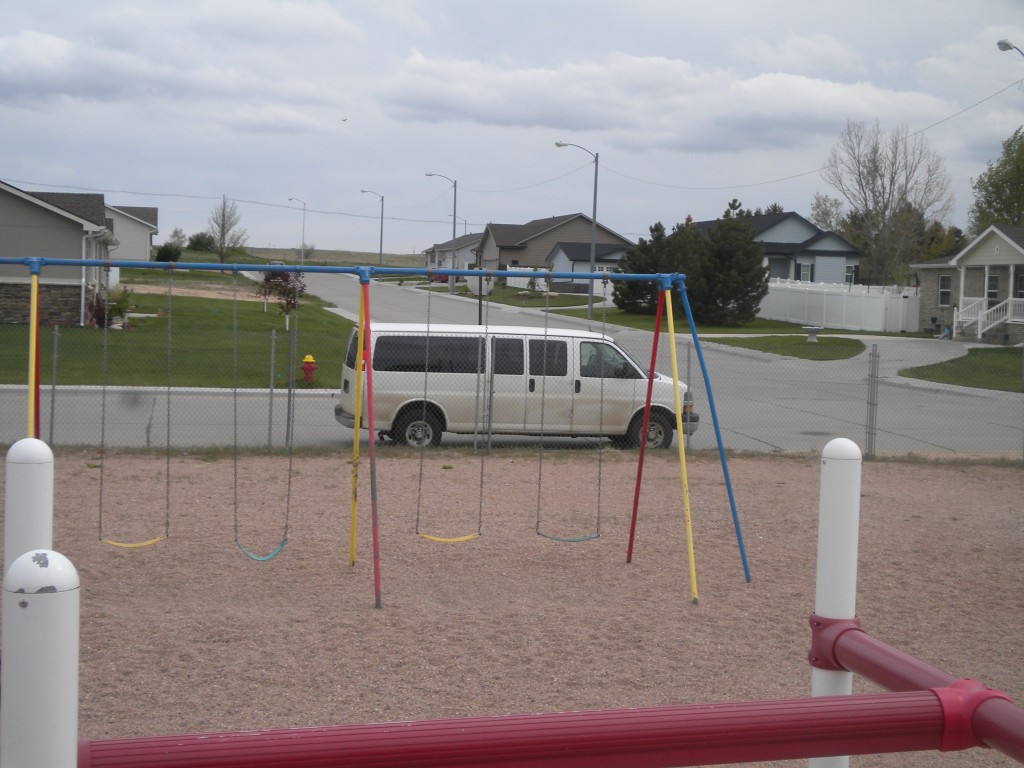 Tomorrow looks to be a down day as we look to stay the night tonight Alliance, NE.