Deepening trough to impact eastern half of US. Is this a saving grace for Florida?

Posted on October 17, 2011 by Nathaniel Shearer

– Wednesday: Mostly cloudy, cool, wet, and breezy.  Heaviest onset of precipitation begins after midnight and continues off and on for duration of the day.  High of 51.  Low of 42.

Monday continued our streak of clear weather with highs above normal at 71 degrees, but a sharp change is in store for the middle of the week.  The timing of the approaching surface cold front is the most questionable aspect of this forecast.  A deepening upper level trough will begin to make its way into the western portion of Kentucky mid-day Tuesday bringing with it at times heavy rain and gusty winds along with a possible rumble of thunder or two.  The trough will develop and quickly deepen in response to a jet streak ejecting down the upstream side of the trough (Figure 1), which kicks off surface cyclogenesis and moisture advection into Kentucky, raising precipitable water values to just over one inch.  The upper level low becomes cut off for a short period of time before another jet streak develops along the downstream side of the side of the trough, helping to lift the cut off system back out later in the day on Wednesday    (Figure 2). 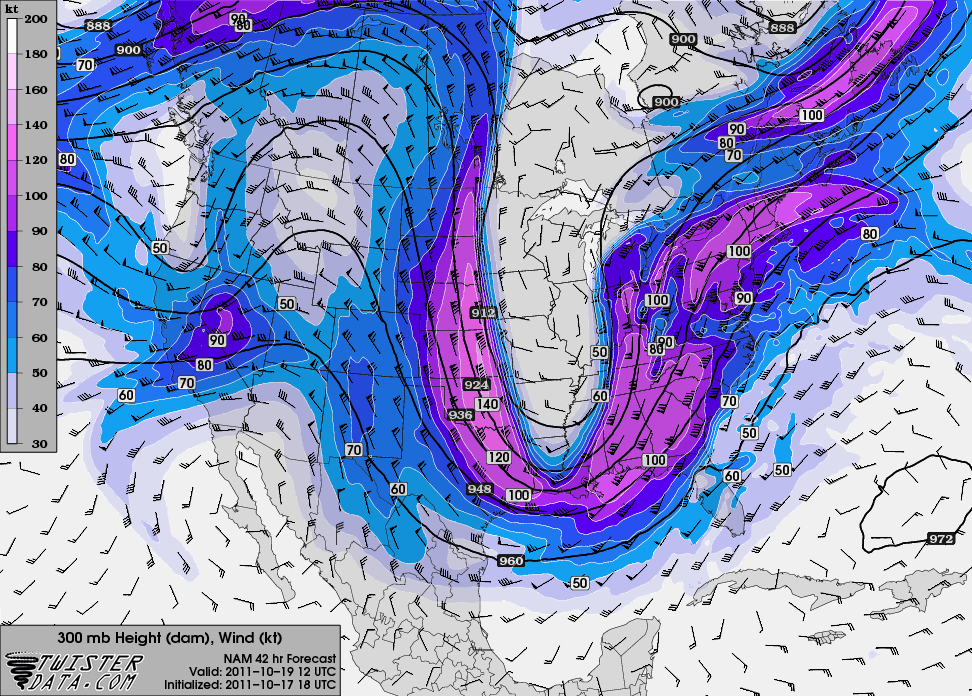 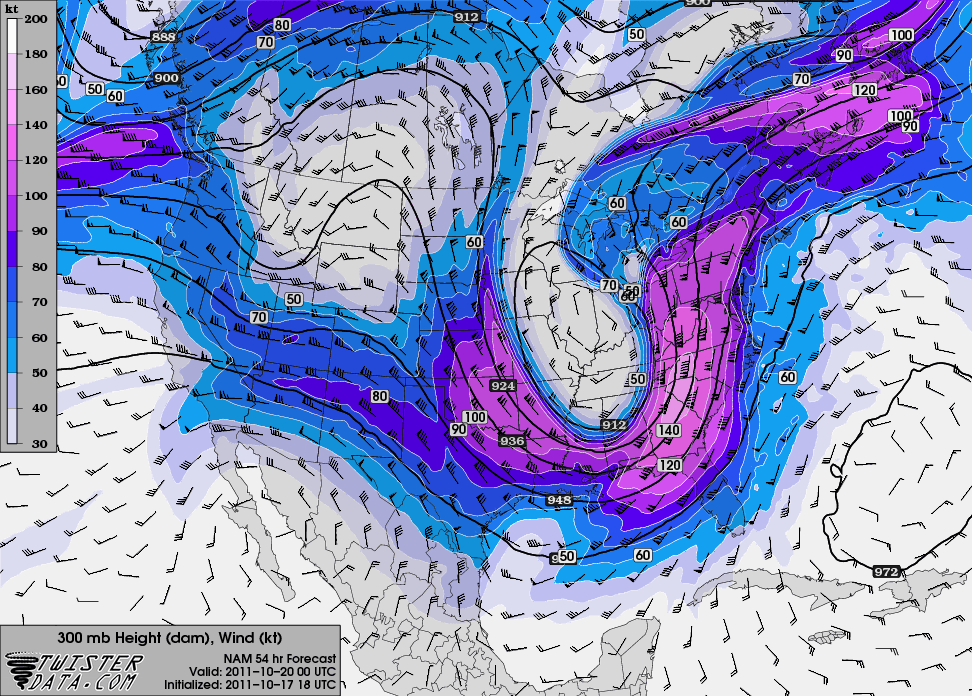 Although the downstream jet streak works to lift out the upper level low, a strong divergence pattern develops because of the very meridional flow aloft.  This setup quickly intensifies the aforementioned surface cyclone which will ride up along the New England States and create a tight pressure gradient across the state of Kentucky and much of the eastern half of the US. This will bring gusty winds to the region beginning mid-morning Wednesday and for the majority of the day on Thursday.  This will be hit on more in Wednesday’s forecast update.

Although this trough will bring generous amounts of precipitation to the eastern half of the US, it will also work to shear apart a low pressure system currently situated in the gulf.  As this broad area of low pressure begins to make its way northeastward, it will be absorbed into the trough on the downstream side and ride along the east coast weakening along the way.  Although this prevents a possible tropical system to strengthen and impact Florida, this does however help raise precipitable water values along the coast in association with the high precipitable water amounts already present in response to the strong cyclonic flow around the surface low pressure system.  Because of this HPC data input suggests precipitation amounts of over three inches possible in some places along the eastern coast, with a broad area receiving two inches or more (Figure 3).

Precipitation amounts for the totality of the approaching system look to reach around 3 quarters of an inch with the eastern half of Kentucky looking to get more generous amounts in response to the cyclone strengthening as it reaches that location.  Very chilly temperatures expected in the latter part of the week as the strong cold front continues to push eastward off the coast.

Update on forecast to come on Wednesday or if drastic changes occur with approaching system.