After rising early in Aberdeen, South Dakota, we analyzed the surface observations and upper air data to determine our chase target. Sufficient moisture was accompanied by 40-60 knot shear in east-central to southeast Nebraska, but highest CAPE values were limited to southeast Nebraska and central Kansas.  Taking these components into account, Grand Island, Nebraska, was determined a good central location to begin our chase day.

After a six-hour haul to our chase city, we stopped for lunch and assessed weather data.  Initiation had yet to begin, and we determined we need to be farther east to see storm structure. So we then headed to Aurora, Nebraska, and stopped at a neighborhood park to enjoy some frisbee and “soccer-tennis.”  After playing while waiting for initialization, we headed further east to Seward, Nebraska.  Here we saw the Tornado Intercept Vehicle, made famous by IMAX film maker, Sean Casey.  Late this evening, we chased a tornado-warned cell in Ceresco, Nebraska, that produced two gustnadoes, which form in the outflow region of a thunderstorm but do not connect to the cloud-base.

While pulling into our hotel parking lot in Lincoln, Nebraska, a tight couplet was seen on radar to our west by Dr. Grady Dixon.  We left the hotel to get a better vantage point of the rotation at a nearby gas station, but the rotation quickly weakened. Tomorrow we could be chasing in Kansas, depending on how the ingredients come together.

Panorama of storm near Ceresco, NE 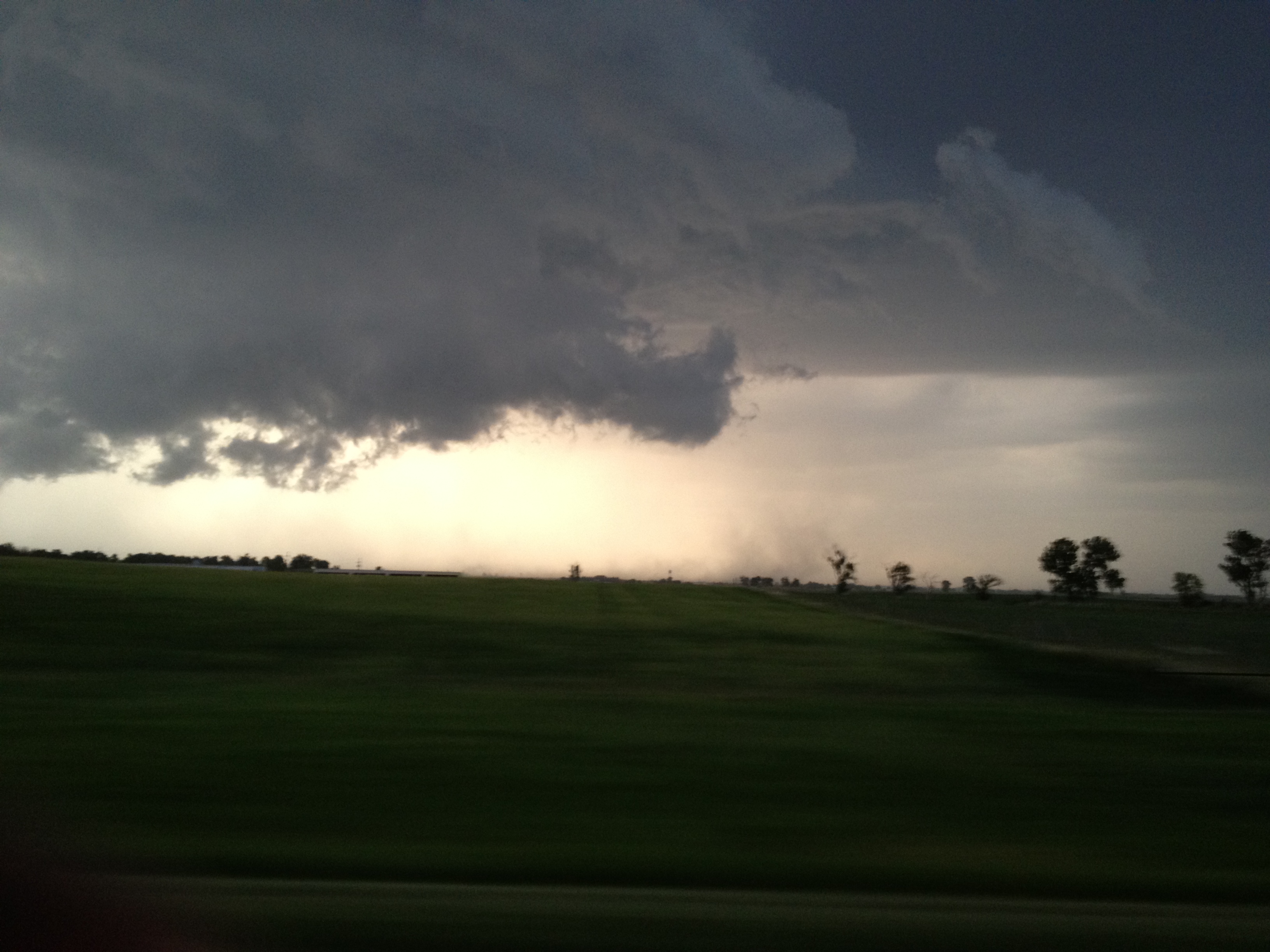 Beginning of gustnado near Ceresco, NE 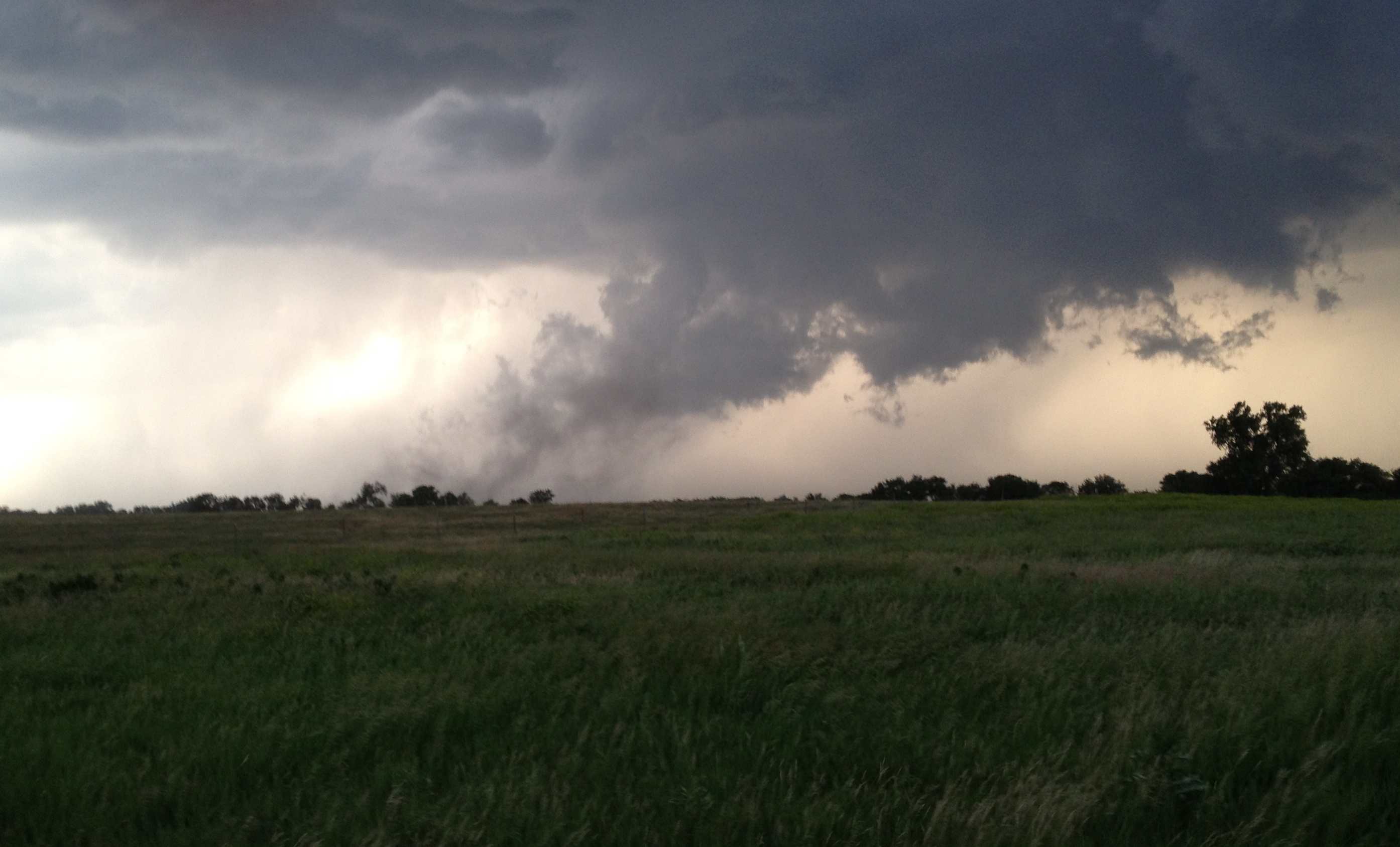