First of all, it was one of the chasers birthdays today and what a birthday it was!  We started off our day in in Andover, Kansas and met up to talk about what was going to go on today.

The ingredients were all there for a storm to develop.   At the beginning of the storm, there was 3500 level CAPE, which means instability was definitely there.  The wind shear was very good at the time of the storm and along the warm front there were the best hodographs, which showed very organized super cell development. There was moisture convergence in the surface mixing ratios and arrows were converging. 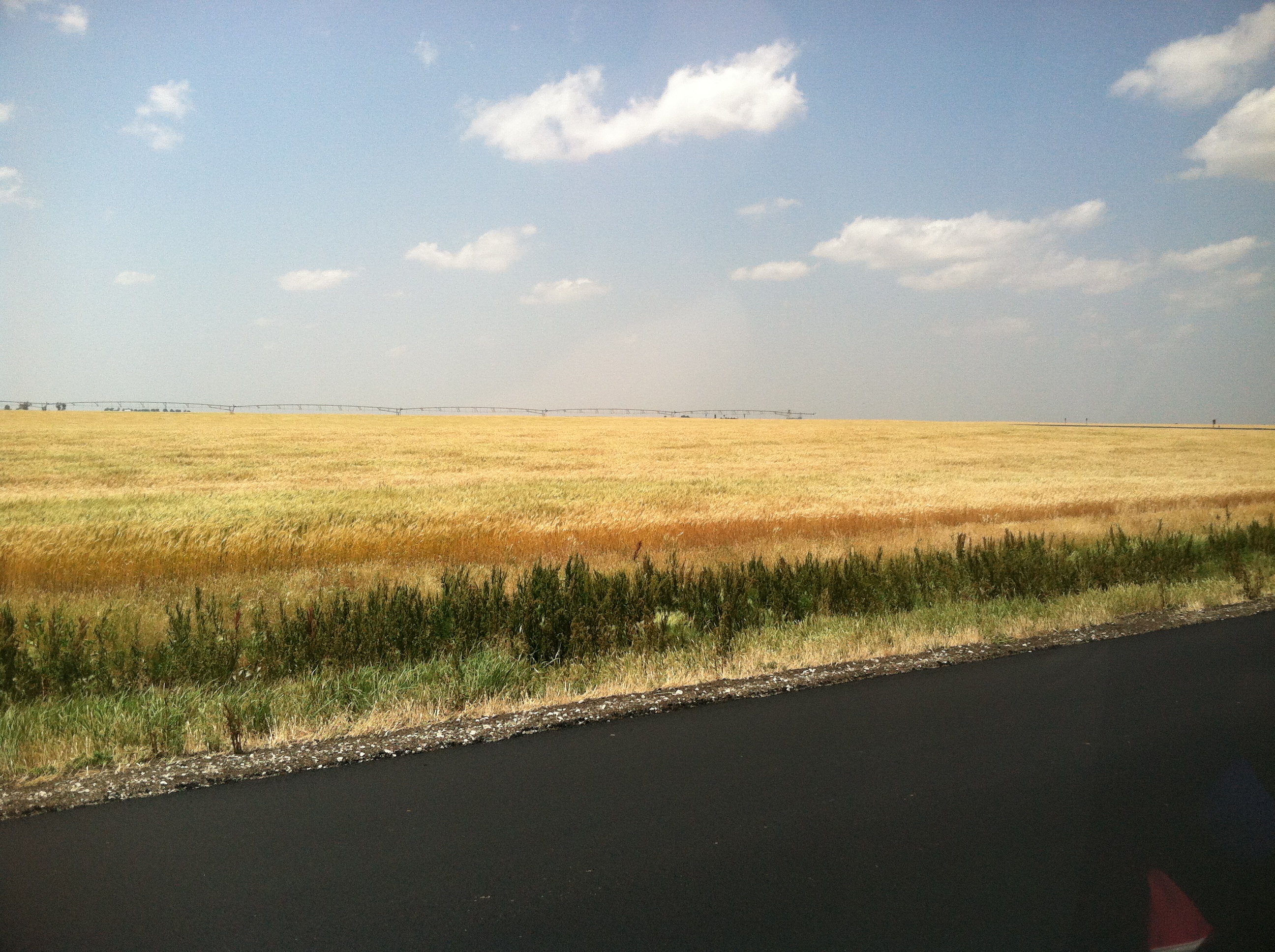 We decided to go for western Kansas along the dry line to play the triple point.  There was a 5% chance that tornadoes would occur here. We headed more toward Hays.  We started out thinking it could have been a frustrating day because of the amount of cap that was along our target area.  All we needed was for that cap to break. GOOD THING IT DID!!! 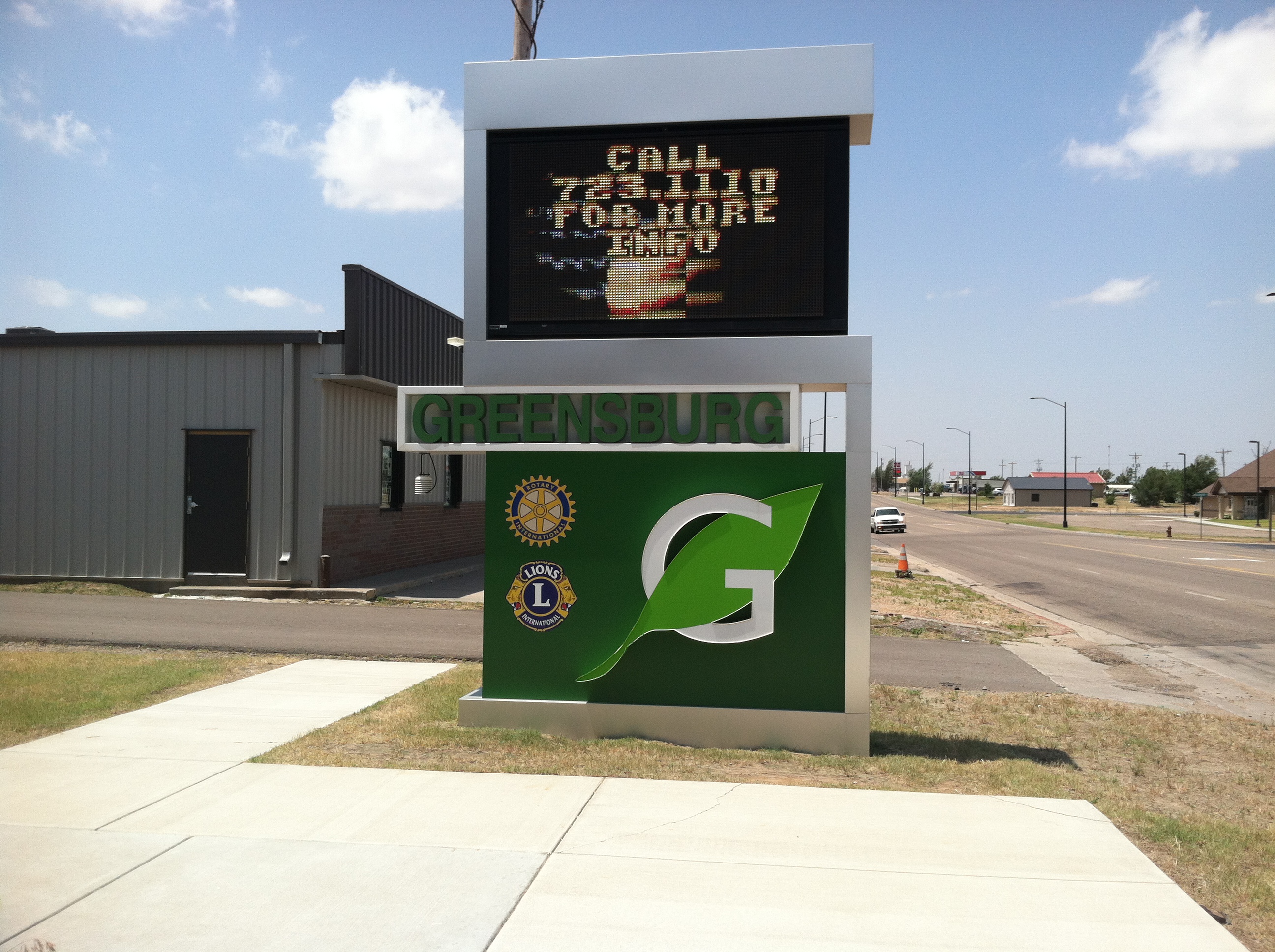 While making our way to Kinsley Kansas, we passed through Greensburg, In 2007, the town got hit by a F5 tornado.  Everything was wiped out in the town.  You can still see the signs of the damage to the trees in the town.  We stopped at a local meat place and got some sandwiches and hit the road.

While waiting for the cap to break, we went to a nice park in Kinsley, Kansas where everyone seemed to enjoy themselves.  Some of us climbed trees and others stayed in the van because of the heat.  Temperatures were in the low 90s at this point. 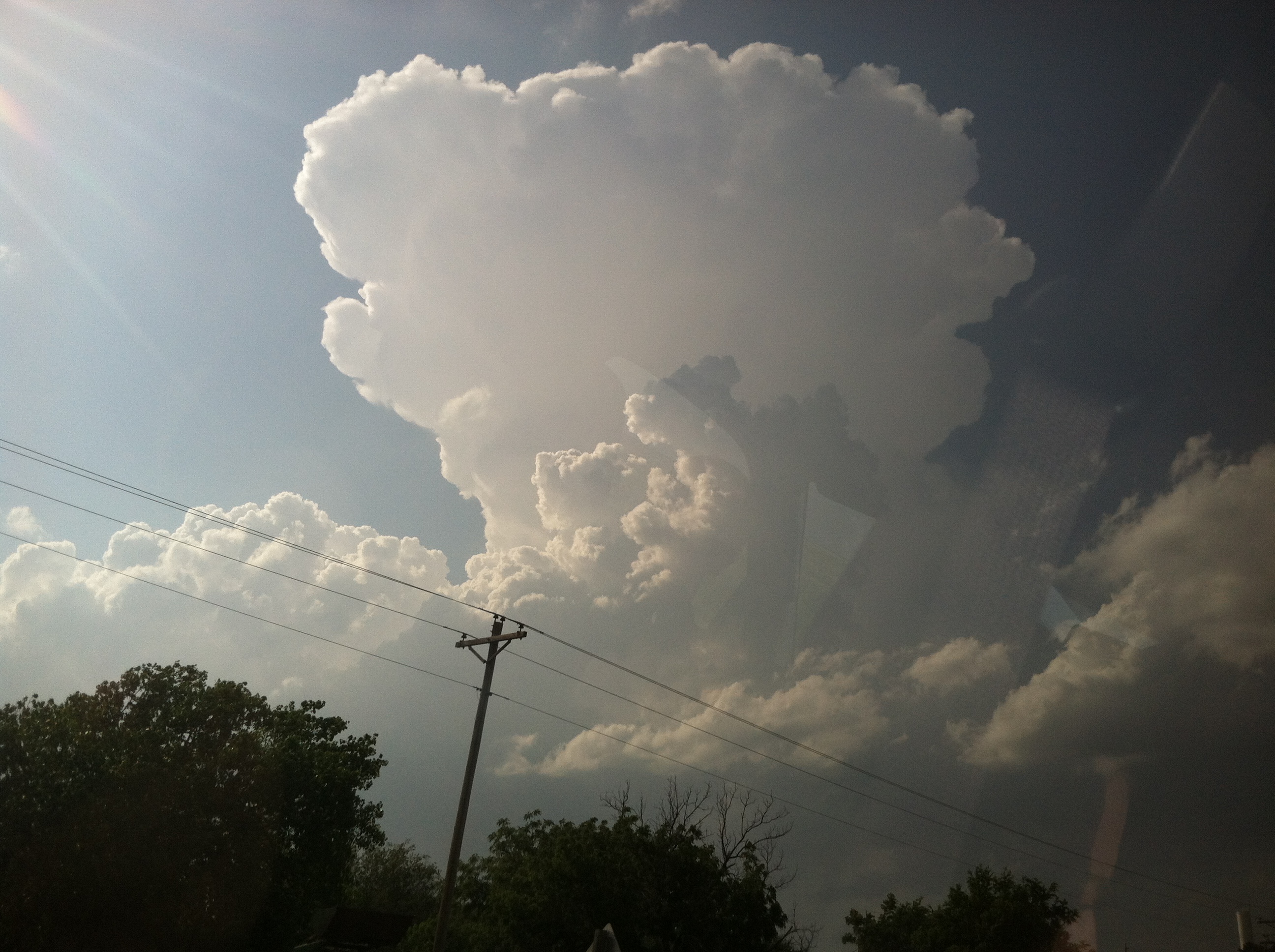 We left the park and headed out and got to see the cap break.  This was nice to see.  It was really cool to see the progression of the storms as they went through their phases. We moved to where we thought the storm would initiate and had to drive to Liebenthal, Kansas.  We saw a few gustnadoes with this cell. 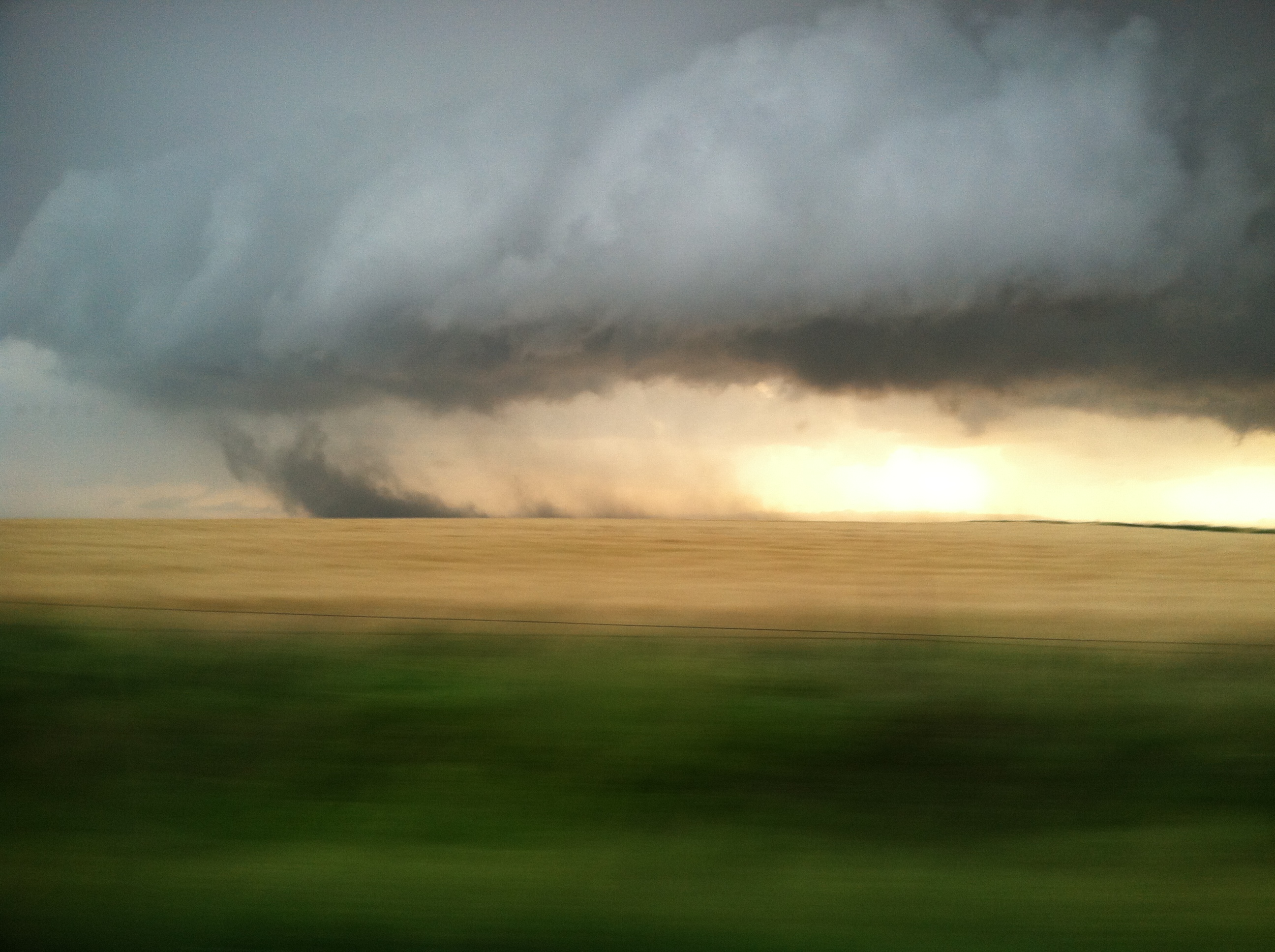 We moved away from the cell a little ways down the road and stationed ourselves again and our first tornado appeared.  It was a nice and long rope tornado near Walker, Kansas.  It was really cool to see it and most of us chasers have never seen a tornado before hit the ground.  It was definitely a great chase day for the chasers! 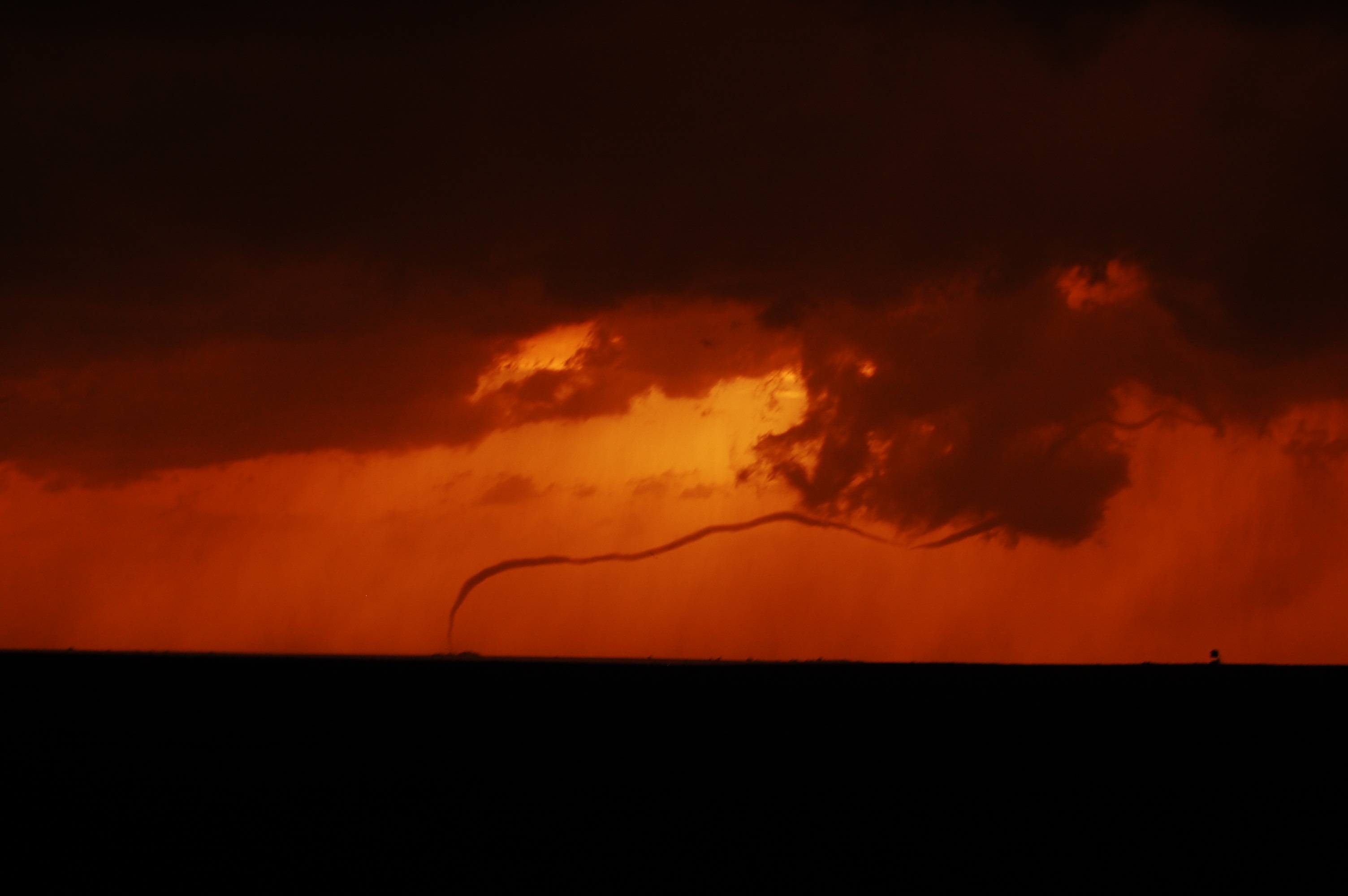 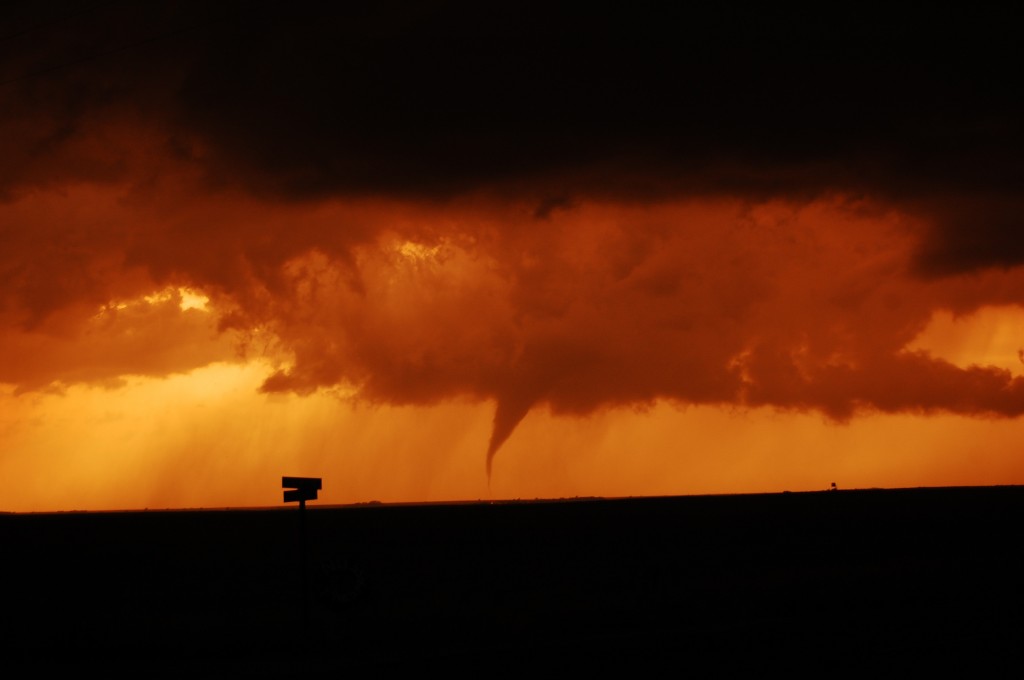 Three out of the four cells that we saw today fired up in McCracken.  The last three fired around the town and produced multiple tornado reports.

While the last cell was moving through, we decided to follow it through the night and we got a very nice lightning show.  It was reported as a stove-pipe tornado, but we didn’t see any signs of a tornado, just a nice wall cloud. 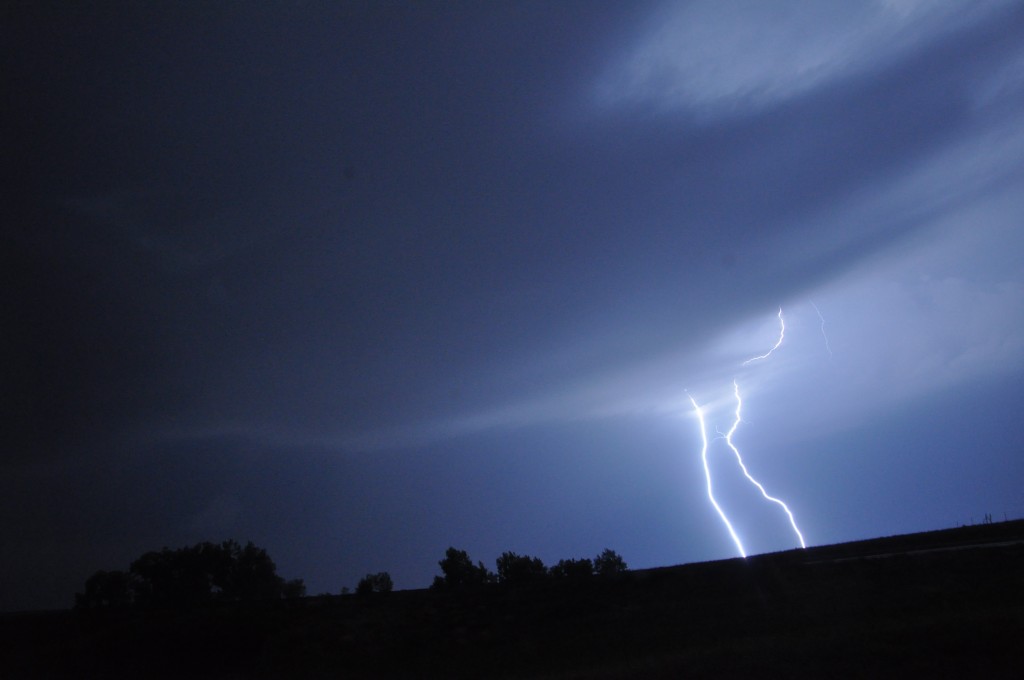 Things went really well for us today and the storms fired relatively close to our target area.       As for tomorrow, we are headed back to the north.