We started off the morning in Gainesville, TX. After a forecast disscussion the group decided to target around Hillsboro, which is just southwest of Dallas. We ended up riding with the storm to Belton.

The storm was already slightly organized before becoming part of the larger scale MCS. There was some rotation on it, but the lack of good road networking made the storm unchaseable. The above image is what we were seeing in Belton.  After leaving the storm, the group then visited the Jarrell Memorial Park. 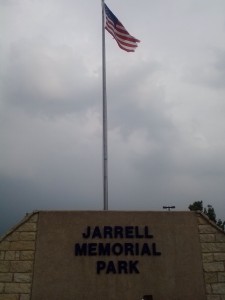 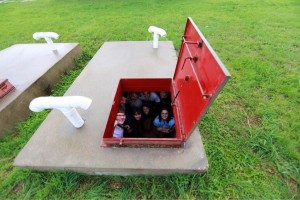 This memorial park is in honor of the EF5 that came through Jarrell on May 27, 1997. Now we are trying to make our way north to the panhandle of Texas to get set for the next couple of days.