We started the day in Georgetown, Texas and headed toward Lubbock, Texas around 9:30. There was no severe weather around the southern plains region, so we had more of a laid back travel day in order to be in position for the next day which had a slight risk for severe storms out for part of the Texas panhandle. Much of the day was spent traveling through cactus territory. For lunch we stopped at a place called Chuy’s,

which was best described as a whole in the wall.  From Chuy’s we headed Northwest toward Lubbock, Tx which sits on a giant plateau known a the Texas caprock. Our elevation by the time we reached Lubbock was over 3,000 feet.  A few dust devils were spotted along the way. Although there were no storms, we still had some action. 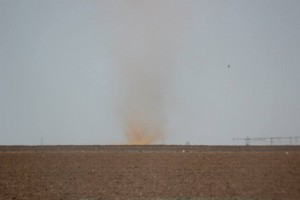 We stopped at Reese Research Facilities, which is Texas Tech’s Meteorology facilities, for a brief tour. The facility is home to Vortech, the tornado simulator.

They also had two radar trucks which they have used to conduct research of hurricanes and tornadoes. 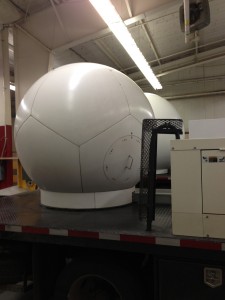 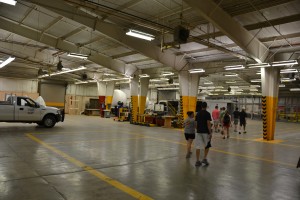 From there we headed to our Hotel and then out to dinner at Triple J’s, a local restaurant with amazing food. After dinner we all headed to bed, resting up for what looks like a more active chase day.