The last two days of our trip was packed with fun. The group woke up in the city of Denver, CO on Saturday. With a lull in severe weather, we decided to take the day to sightsee through the state of Colorado. We visited the famous Red Rock Amphitheatre, which is 10 miles west of Denver. Many music enthusiasts dream of attending a concert at Red Rock.  Red Rock hosts many famous musical artists of all genres in an open air amphitheatre.

After spending time at Red Rock, the group departed west to ascend into the snow capped Rocky Mountains. None of the eight students have ever visited the mountain range, so this was a first for many. After climbing to almost 12,000 feet above sea level the students got out of the van and enjoyed the snow in the middle of May.

Panorama of the view of our first stop in the Rocky Mountains. 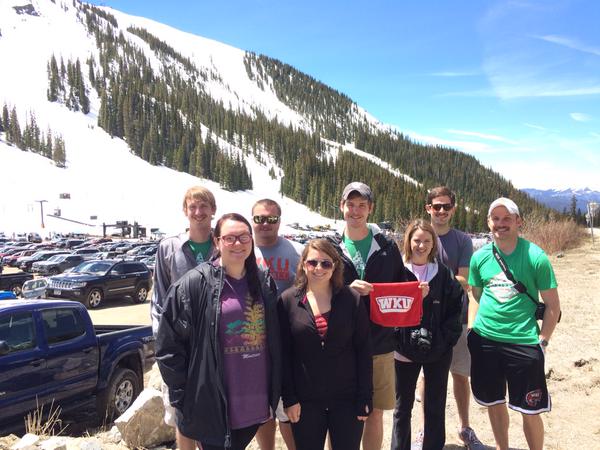 The group standing near an open ski resort in the Rocky Mountains.

After our first stop we made our visit to the Continental Divide.

Students at the Continental Divide.

After making our stop to the Continental Divide, and taking a chance to throw a few snowballs, the group decided to make a stop in Golden, CO to eat lunch at a delicious Middle Eastern restaurant.

After lunch we had to start pushing eastward in order to deliver Dr. Grady Dixon back to his family in Hays, KS. We arrived in Hays right before Dusk, and ate supper at a local dive. 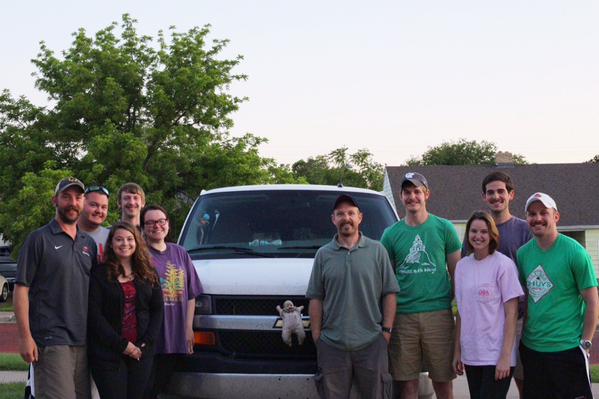 Picture with Dr. Dixon before we gave our final goodbyes.

After supper the group pushed eastward to Salina, KS in order to get a head start for the next days trek to Bowling Green, KY.

The group awoke in Salina, KS and became home bound around 9am. After a long few hours in the van, the group stopped for lunch in Columbia, MO and met up with a fellow WKU Meteorology and Storm Chase Alumni, Ryan Difani. 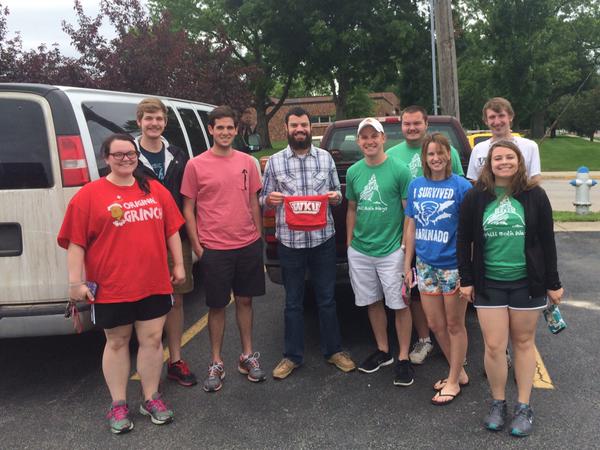 The group with alumni, Ryan Difani at a Dairy Queen in Columbia, MO.

After lunch, the group was over halfway home! But before getting back to Bowling Green, the group stopped for a tasty supper at Taco Johns in Henderson, KY. After finishing supper, the group arrived back in Bowling Green at 9:30 pm.

In summary the group traveled 7,191 miles through nine states over the time span of two weeks.  We observed several types of storms such as high precipitation supercells, low precipitation supercells, classic supercells, and squall lines. We also saw accumulated hail and two tornadoes! Although forecasts were difficult and frustrating at times, the trip itself was successful and enjoyable for the entire group and proved to be a good learning experience for everyone.